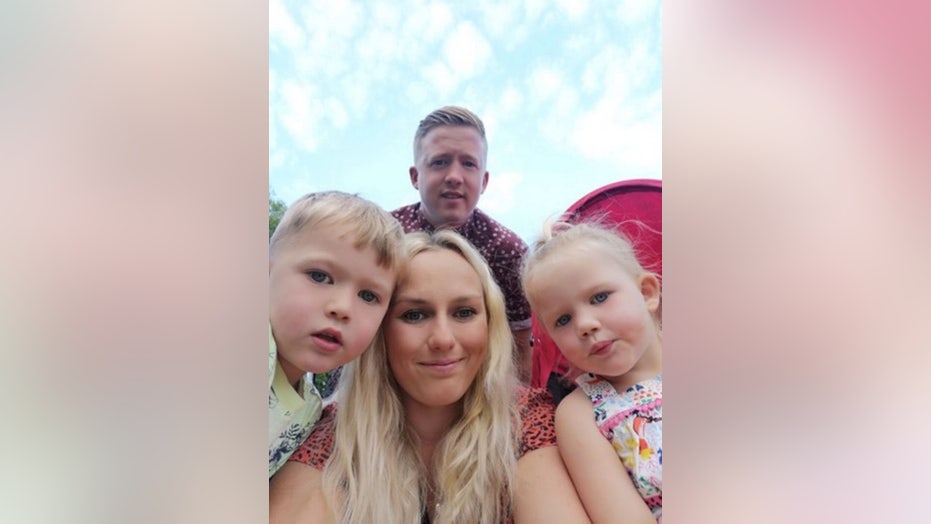 A father of two has banned lollipops for his family after his 5-year-old son nearly choked to death after being given one while trick-or-treating. Brett Cole of Devon, England, said his son Bobby was eating a lollipop while sitting with his mother when he began making choking noises, according to SWNS.

Bobby, pictured with his parents and sister, was eating a Halloween candy while sitting next to his mother when he began choking on a lollipop. (SWNS)

“Deanna shouted for me and I hit him hard on the back to no effect,” Cole told SWNS. “He passed out and he went floppy. My wife gave him the Heimlich maneuver and after several thrusts it came out with sick and blood.”

Cole said the family rushed Bobby to the hospital, and he has since recovered, but that they now want others to be aware of dangers something as seemingly harmless as a lollipop could pose for children.

Cole said he hit his son's back but the candy wouldn't budge until his wife used the Heimlich maneuver to dislodge it.  (SWNS)

“Please, guys. Take this from me, ban these lollies,” he pleaded with his friends on Facebook. “I never post on Facebook but please take my advice. We have all cried our eyes out and Bobby is OK, he may not have been. Bobby is 5 and I stupidly thought this was old enough. I won’t make that mistake again, make sure you don’t!”

Choking is the fourth leading cause of unintentional death in children under the age of 5, according to the New York State Department of Health. Toys, household items and foods can all be a choking hazard, but food remains the most common cause of nonfatal choking incidents in young children. More than 12,000 children in the U.S. are taken to the hospital each year for food-choking injuries, prompting some companies to label their products with choking hazard warnings.

Experts recommend direct supervision for when a small child is eating, and that caregivers should become familiar with life-saving techniques in case of an emergency.

“We’ve seen a couple of things before about lollies, so we don’t normally give them to our children,” Cole told SWNS. “But they had been given a few in their Halloween sweets and they had been good and asked to have them, so we let them.”

Cole added that despite close monitoring, Bobby still managed to choke on the lollipop, making it especially frightening.

“We’re going to ban the lollies,” he said.