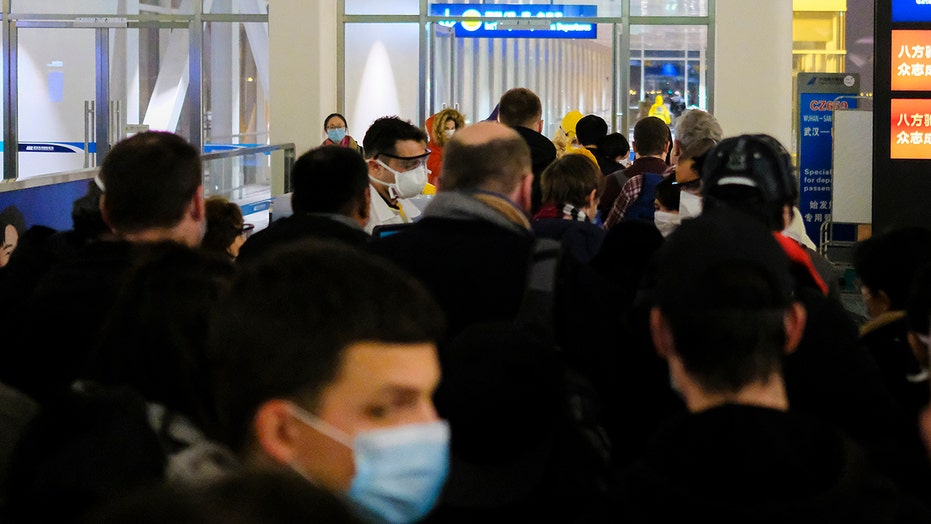 Ninth US case of coronavirus confirmed in California

A child who was one of the 195 evacuees who arrived in California from Wuhan last week has developed a fever and was taken to the hospital for additional coronavirus testing, health officials announced Tuesday. The minor, whose age was not released, is at the Riverside University Health System-Medical Center for testing and observation “out of an abundance of caution,” and was accompanied by a parent, according to a news release.

“Testing samples will be submitted to the Centers for Disease Control and Prevention and results expected later this week,” the Riverside County news release said. “No confirmed case have been reported in Riverside County.”

Additionally, officials announced another individual who arrived in Los Angeles on a flight from China was placed quarantine at March Air Reserve Base, but is being kept separate from the original 195 passengers who arrived at the base on Jan. 29. The press release said the individual has no symptoms of the coronavirus, but is being quarantined out of an abundance of caution due to travel history.

It was not clear if the person was a resident of the U.S. As of Sunday, it was announced that all U.S. citizens returning from Hubei province will be subject to a 14-day quarantine, while other Americans who traveled elsewhere in China will be instructed to self-monitor for possible symptoms. The health department did not say where the individual had traveled to in China.

On Friday, the Department of Homeland Security also announced that flights coming to the U.S. from China will be funneled through seven airports equipped to screen passengers for symptoms of the virus, while Health and Human Services Secretary Alex Azar said that President Trump was temporarily suspending entry into the U.S. for foreign nationals who pose a risk of transmitting the virus.

The U.S. has confirmed 11 cases of the coronavirus thus far, with no fatalities. Two of the cases were person-to-person transmission, including a man in Chicago who contracted the virus after his wife traveled to China and was infected, and a woman in California whose husband was infected with the virus while traveling.

There have been over 20,000 cases of the virus worldwide, although 99 percent of illnesses have occurred in China. There have been at least 245 deaths tied to the outbreak.