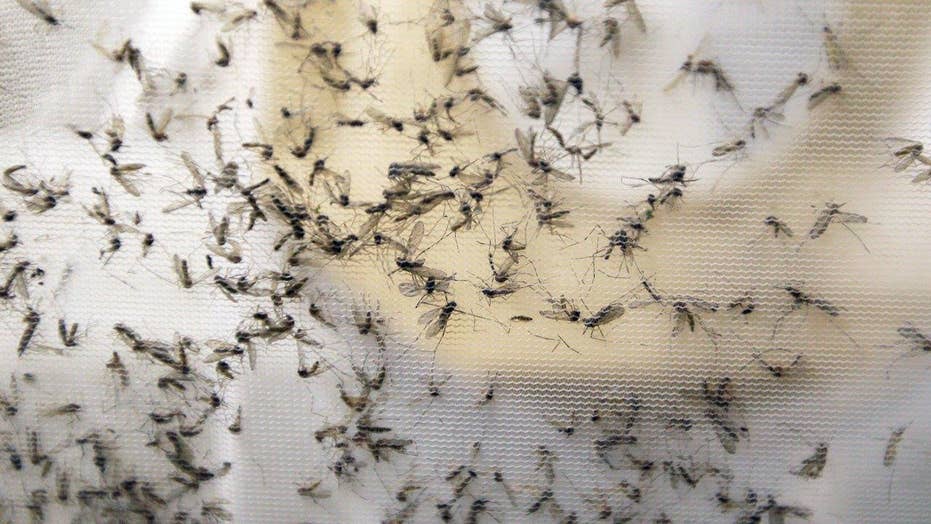 Three babies born in US with Zika-related birth defects

NEW YORK – Three babies with birth defects caused by Zika have been born in the U.S., the government reported Thursday in its first accounting of pregnancy outcomes involving the virus.

Birth defects from Zika were also seen in three other pregnancies that ended.

The Centers for Disease Control and Prevention has been tracking the pregnancies of women with Zika infections since the beginning of the year. So far, 234 pregnant women — residents and visitors — have been diagnosed with Zika.

Some babies have been born with no immediate signs of problems, according to the CDC's Dr. Denise Jamieson, but she would not say how many. Most of the pregnancies are ongoing.

All the cases are connected to travel to areas with outbreaks of the mosquito-borne virus, primarily Latin America and the Caribbean. There's been no local spread of Zika in the U.S.

The health agency provided few details about the women, their pregnancies, the birth defects or their severity. Three cases ended in "pregnancy loss" but the CDC did not say whether it was from miscarriage, stillbirth or abortion.

Jamieson said the six cases of birth defects involved some women who had not experienced Zika symptoms. Most people infected never develop symptoms. Others get a fever, rash, joint pain, or red eyes, and recover within a week.

But during the Zika epidemic in Brazil, the virus was identified as a cause of fetal deaths and potentially devastating birth defects.

In its birth defects numbers, the CDC is counting a range of conditions. Chief among them is microcephaly, a severe birth defect in which a baby's skull is much smaller than expected because the brain hasn't developed properly.

But also in the count are calcium deposits in the brain; excess fluid in and around the brain; abnormal eye development; and other problems resulting from damage to the brain that can include clubfoot or inflexible joints.

The CDC's Jamieson said the numbers are concerning but consistent with what's been seen in other countries affected by Zika outbreaks.

Researchers estimate that for every 100 pregnancies involving women infected early in their pregnancy, 1 percent to 15 percent will develop severe birth defects.

The CDC report appears to include the two known cases of babies born in the U.S. with Zika-caused birth defects. One was a baby girl born to a Honduran woman at a New Jersey hospital. The other was born in Hawaii to a woman who had lived in Brazil. Jamieson wouldn't confirm the two were included, but said the cases meet the criteria.

The virus is spread mainly through the bite of a tropical mosquito called Aedes aegypti. It can be found in the southern United States, but there's no evidence that they've been spreading the virus in the U.S. yet.

Overall, 756 cases of Zika have been reported in the 50 states and the District of Columbia. All were people who had traveled to outbreak areas, or who had sex with someone who did.

In Puerto Rico and other U.S. territories, 189 pregnant women are among those infected with Zika; the CDC did not report on birth defects there.