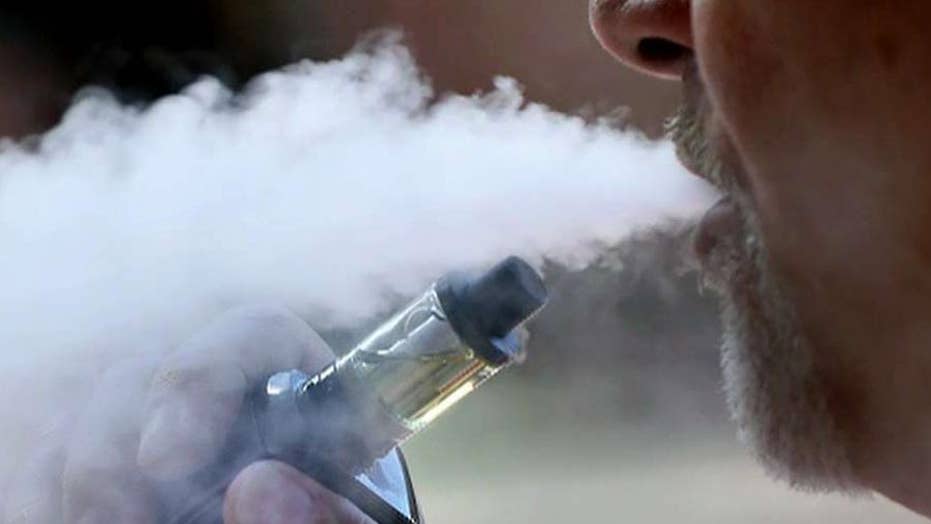 Patients are reluctant to share with investigators how they were using vaping products in order to track how it is causing lung illnesses; Jonathan Serrie reports from Atlanta, Georgia.

In a statement on Tuesday, the California Department of Public Health (CDPH) urged residents, for the time being, to “refrain from vaping, no matter the substance or source."

The Centers for Disease Control and Prevention and the Food and Drug Administration, along with state and local health agencies, are still investigating the cause of the 530 vaping-related lung illness cases reported across 38 states and one U.S. territory.

At least 90 people in California alone have been hospitalized for vaping-related illnesses, which includes breathing issues and lung damage, state officials said. At least two residents have died as a result.

"We are seeing something that we have not seen before," Dr. Charity Dean, acting state public health officer, said in a statement. "There are numerous unknown factors at this time, and due to the uncertainty of the exact cause, it is our recommendation that consumers refrain from vaping until the investigation has concluded."

"Vaping is not just a concern for youth; the vaping cases under investigation affect youth and adults alike."

“Vaping is not just a concern for youth; the vaping cases under investigation affect youth and adults alike," Dean added.

Across the nation, some of those sickened reported vaping products that contain THC, the psychoactive ingredient in marijuana that causes the “high” sensation. Others reported only vaping nicotine, while some patients used both.

“The risk of vaping for any individual may include serious illness and death,” they added.

Licensed cannabis retailers in the state are required by law to sell products from licensed manufacturers — meaning the products have been tested for any harmful chemicals or impurities. But the same is not true for illegal dispensaries, which typically sell unregulated products, the CDPH said. Indeed, the illnesses affecting hundreds of Americans may be linked to black-market vaping products, a recent Washington Post investigation concluded.

Health departments in some states – namely New York and Utah – are eyeing vitamin E acetate as a potential cause of illness in some of their residents. Laboratory testing confirmed the substance, also known as vitamin E oil, was present in "nearly all of the cannabis-containing samples" obtained from some sickened patients in New York. Meanwhile, Utah health officials said 90 percent of the samples tested by a state laboratory contained the agent as well.

That said, federal health officials have not yet linked the illnesses to a specific product, substance or additive.

The CPDH’s warning comes after the state’s Gov. Gavin Newsom signed an executive order to tackle teen vaping. More specifically, the order directed the CPDH to launch a $20 million statewide public awareness campaign to educate residents, namely young people, about the dangers of vaping both nicotine and cannabis.