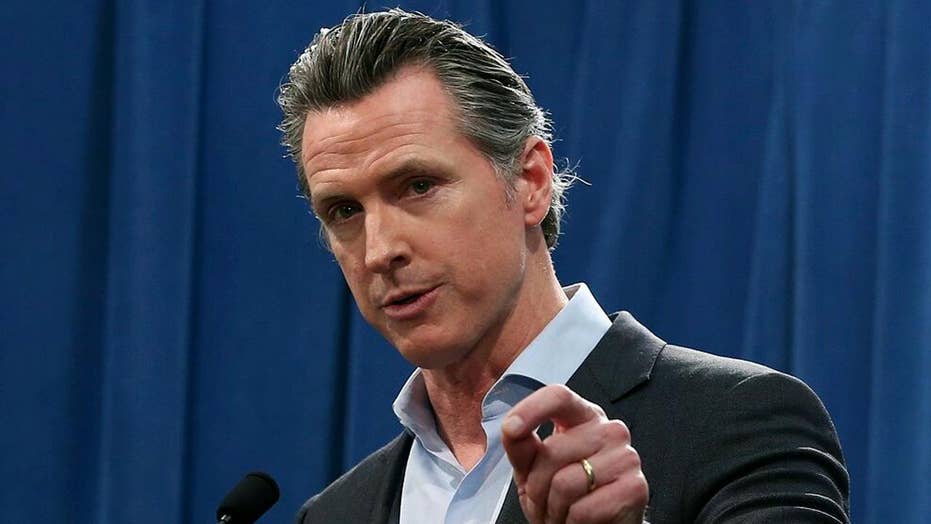 Why did Gov. Newsom make a contract with a Chinese car company?

California is expected to be refunded $247 million it paid to a Chinese car company under a $1 billion deal that has attracted criticism for Gov. Gavin Newsom's administration, officials said Wednesday.

Newsom's administration announced the refund that covered about half of its investment after the company, BYD, which stands for Build Your Dreams, failed to meet its deadline. California paid about half the contract that would have sent about 500 million masks to the state.

California Gov. Gavin Newsom listens to a reporter's question during his daily news briefing in Rancho Cordova, Calif on April 9. California is expected to be refunded $247 million it paid to a Chinese car company under a major, yet "murky" deal for protective masks, according to state officials on Wednesday.<br data-cke-eol="1"> (AP Photo/Rich Pedroncelli, Pool)

An amendment to the contract on Wednesday pushed the certification deadline back to May 31. California would get the rest of its money back in June if the deadline isn't met, according to the amendment.

Newsom's office has been criticized for the lack of transparency into the contract for weeks. Last month, Democratic state Assemblyman Richard Bloom, a budget committee member, said details of the BYD deal were "very murky.”

The governor previously denied a public records' request from the Los Angeles Times seeking details into the deal, according to the paper. The state’s Office of Emergency Services and Department of General Services denied the Associated Press’ request for the contract on Tuesday because they said it could jeopardize the delivery of the supplies.

The massive deal had been announced last month amid a reported lack of supply of personal protective equipment (PPE) in the U.S. during the pandemic.

“As a nation-state, with the capacity to write a check for hundreds of millions, no billions, of dollars, we’re in a position to do something bold and big,” Newsom previously told reporters.

He reversed course on Wednesday, announcing he wanted to share details with the press and public to let them know what a great price the state paid. Newsom said he felt it was time to inform the public because the supplies would most likely arrive.

“We want to be as transparent as possible,” Newsom said.

The state paid $3.30 per N95 mask and 55 cents per surgical mask under the contract, while other states have reportedly paid as low as $6 or more than $10 for each mask.

Surgical masks have already started arriving in California, while the tighter-fitting masks have been delayed, Newsom said. They were set to start arriving this month, with tens of millions planned for shipment in May. Details weren't provided by Newsom's office on what caused the certification delay stemming from the missed April 30 deadline.

Republican Assemblyman Jay Obernolte, vice chairman of the Assembly Budget Committee, said he wished lawmakers had seen the contract sooner, although he believed the governor's office was doing a good job in handling the certification delay.

“I think that the administration is doing the best that they can to navigate a difficult situation with [the] certification of those N95 masks,” he said.

The masks were to be tested and validated in Utah, and certified through the National Institute for Occupational Safety and Health, Newsom said.

California also made another $104.7 million payment last week for the delivery of the surgical masks, and the amended contract makes no mention of returning that money.