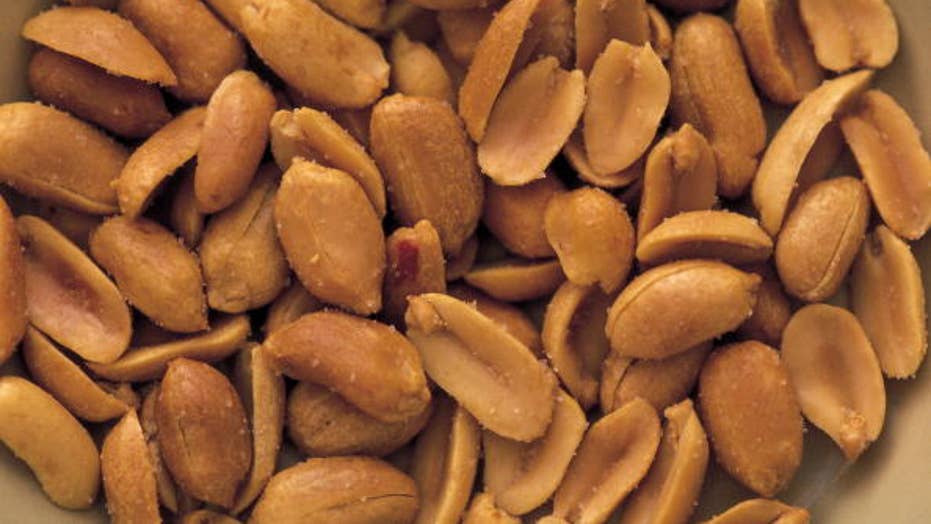 A 1-year-old boy eating peanuts for a snack nearly died after a piece wound up in his windpipe and he fainted. The boy, whose name was not released, was rushed to Shenzhen Children’s Hospital in south China by his mother, where he was placed in the intensive care unit, AsiaWire reported.

TODDLERS WITH UNEXPLAINED BRUISING HAD 'PORK TAPEWORM' LARVAE IN BODIES

A scan showed the peanut was lodged in his trachea, blocking his airway.

“We intubated him and rushed him into emergency surgery,” Dr. Wu Yuhui, head of the hospital’s ICU, told AsiaWire. “During the operation, the surgeon removed the peanut and other small fragments from his trachea. He was then transferred to the pediatric intensive care unit.”

Yuhui told the news outlet that his young patient is now stable, but the case is a reminder for parents to familiarize themselves with the Heimlich maneuver and other first-aid measures.

Nuts, seeds, chunks of meat or cheese, whole grapes, hard or sticky candy, popcorn, raisins, chewing gum, marshmallows, raw vegetables and a number of other foods, including chunks of hotdogs are choking hazards for young children, according to Nationwide Children’s. The facility’s experts recommend that if the child is 4 year old or younger, extra safety measures should be taken with the above-mentioned foods, or avoided until the child is older.

Nationwide Children’s recommends calling 911 immediately after a child begins choking, and that parents and caregivers take a CPR class to better prepare for possible emergency situations.