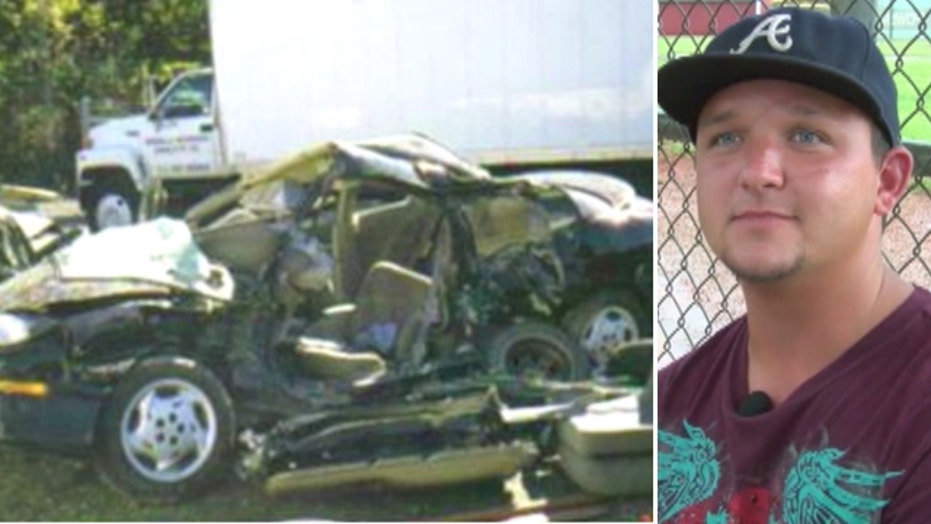 CHARLOTTE, N.C. -On Oct. 19, 1997, Landon Whitley was in the backseat of his parent’s Pontiac Sunfire, riding home from church with mom and dad.

Crossing a Mint-Hill intersection, the family was T-boned by an ambulance (not in emergency-mode). Landon lost his father in the accident and he, himself, was medically dead and revived on three occasions – once at the scene, once on the way to Carolinas Medical Center and one time at the hospital.

Whitley was 8 years old at the time. He says he vividly remembers going to heaven each time. Seeing “streets of gold” as well as Jesus, angels, his father and even two family members he never knew about.

“My mom had two miscarriages before me that I had never known about, never heard about,” Whitley said. “I was able to see them.”

Whitely has 23 metal plates in his head, his nose is reconstructed out of the back of his skull and he can’t see out of his left eye – but today, he lives mostly a normal life.

His mother, Julie Kemp, recently wrote a book detailing the years of grieving for their family and also talks about her son’s heavenly experience.

Her injuries were broken ribs, a collapsed lung and a concussion. She was sitting in the passenger side of the car when the family was T-boned on the driver’s side – where Landon and his father sat. While her scars are not as bad as her son’s, she says her emotional scars are very real – and her book is part of the grieving and recovery process.

“These days I can thank God for giving me the strength to get through it,” Kemp said. “I didn’t see the strength when I was going through it – I saw the challenges and the hurt.”

You can find more information on her book here.