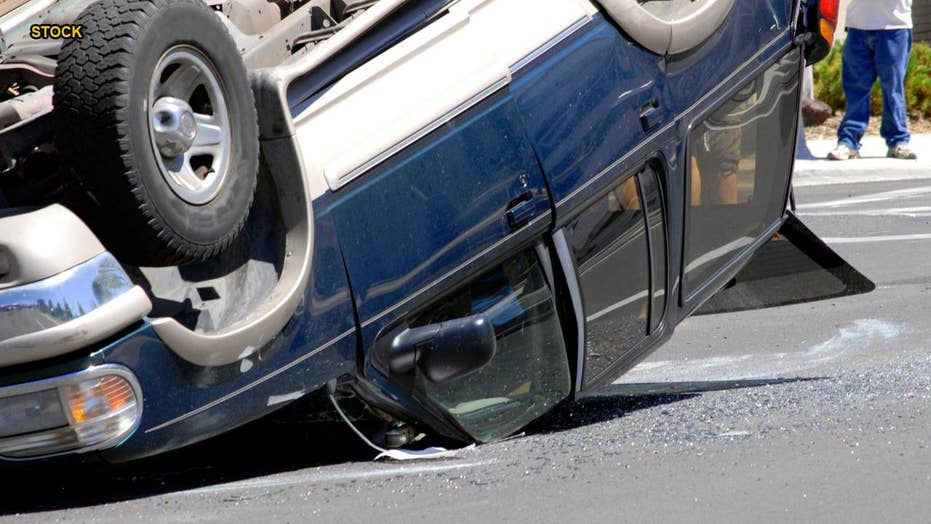 Medical Mysteries and Marvels: Juan Spence had been riding in his friend's car when it crashed, and after being ejected from his seat, the car actually landed on his body, and then his head. Doctors put his chances of survival at just five percent. But his parents held onto their faith that he would pull through, and believe it or not he did. Over a year later, Juan can walk, talk and even work out, crediting all of his miraculous recoveries to the work of God.

A British couple welcomed their baby girl weeks early after they were involved in a car accident – which left them both with broken ankles – while on the way to the doctor for an appointment.

Ginny Magrath and Mike Roberts, both 29, were involved in the accident on Aug. 14 as they drove toward the Princess Royal Hospital in Telford, England, according to SWNS.

WOMAN CLAIMS C-SECTION COMPLICATION CAUSED DAUGHTER’S FACIAL SCAR: 'I WORRY WHAT THE FUTURE MAY HOLD FOR HER'

Further details of the car accident were not provided.

When Ginny arrived at the hospital, doctors informed her that her unborn child’s heart rate was “up and down” and recommended she undergo an emergency C-section.

“I was very apprehensive, but the team [was] fantastic,” Ginny told SWNS. "The anesthetist talked to me throughout the whole procedure and kept me distracted and made the whole process so much easier.”

Mike and Ginny were reunited after Amber – who is “doing really well,” Ginny said – was born.

“It was really scary and I was obviously concerned for Amber and for Mike,” Ginny said of the accident. But, she noted, “from what was a really scary time, the whole experience has been so positive.”