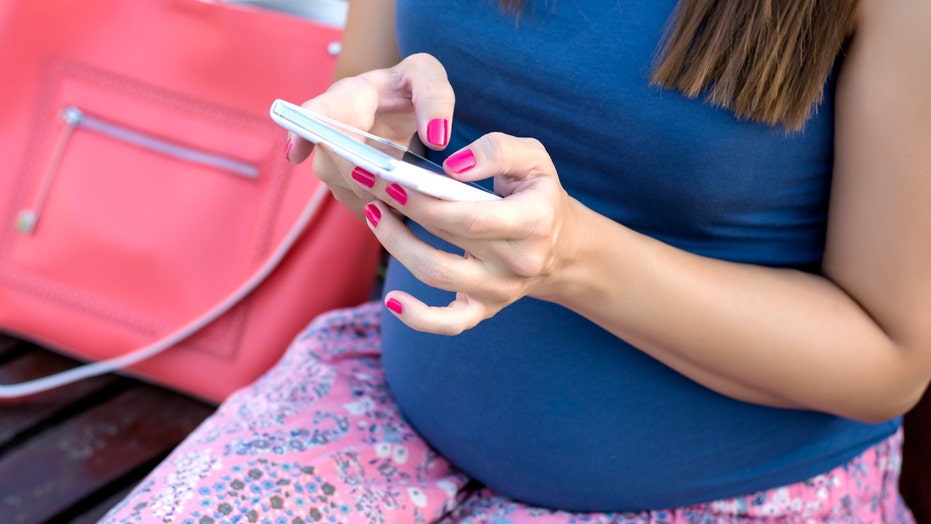 Fertility support on the go

For couples struggling to get pregnant, IVF can cost thousands of dollars. Kirsten Karchmer developed the Conceivable program and app to help couples get pregnant for a fraction of the cost. The program takes a natural approach to fertility and includes meal plans, supplements and tracking software

For many women, trying to get pregnant can be a frustrating process that feels out of their control. A new program, Conceivable, aims to empower these women through health and lifestyle changes, Traditional Chinese Medicine, and an app that tracks their overall wellness.

Kristen Karchmer, a board-certified reproductive acupuncturist and founder of The Texas Center for Reproductive Acupuncture, was inspired to create Conceivable based on her 20 years of experience helping 7,000 diagnosed infertile couples.

The Austin, Texas, specialist, who has three clinics, created Conceivable to serve the 7 million women in the United States who can’t get pregnant easily. There are only 1,000 board-certified reproductive endocrinologists in the country, and at $15,000 for a 25 percent chance of getting pregnant, IVF is cost-prohibitive for the vast majority of women, she said. Conceivable costs $119 a month, which includes customized liquid-extract herbs based on classical Chinese herbal formulas that Karchmer and her clinical teams have used for the past 20 years and modified to meet the needs of modern women.

“I wanted to build something that could really change the lives of women in a permanent way, and give them agency and power over their reproductive selves,” Karchmer, 48, told FoxNews.com.

The Conceivable app uses a series of prompts driven by 800-question algorithm to help identify the underlying cause of a woman’s infertility. The questions factor in multiple health indicators, including sleep, energy and stress level. It then creates a nutrition plan menu and recommends specialized herbal supplements based on Traditional Chinese Medicine (TCM) to improve the user’s health and optimize her chance of fertility, based on her subclinical issues.

In her clinics, Karchmer sees many women who seem healthy, look good and feel good, but when asked about their menstrual cycles, reveal they suffer bad PMS symptoms, clotting and pain. While these are perceived as normal or typical, according to TCM, they’re signs of poor health.

“When you have cramping, you almost always will have clotting— it’s a clotting disorder of the blood. Some function of blood regulation is not optimal and it also affects the heart,” she said.

The focus of Conceivable is improving a woman’s health to optimize her menstrual cycle. Their ideal, the Conceivable Cycle, is 28 days long, with ovulation on day 14 with an abundance of cervical fluid. A woman’s period should last for four days with enough blood to soak a tampon or pad every four hours, Karchmer said. According to Conceivable, a woman shouldn’t experience any PMS, pain, clotting, cramping or spotting.

Karchmer said 85 percent of her patients are able to have a Conceivable Cycle in 90 days.

“It’s not a pill, it’s not very hard and it’s not like you can never [eat] anything good— you just have to start being more careful,” she said. “Your menstrual cycle is feedback to how good you’re doing.”

The app prompts users to share information regularly and sends useful tips to help them make incremental changes in their sleep, hydration, and nutrition.

Karchmer emphasized that Conceivable is not a cure for infertility but a tool to optimize women’s chances of becoming pregnant.

After gathering the initial data, the app gives users a score on a 100-point scale to show how close they are to being on the Conceivable Cycle. Every time a user inputs data, such as hours of sleep, her score changes.

“We typically see the score go up six to seven points per month,” Karchmer said. “We had to make up the scale and thought that women would have to get closer to 80 to start getting pregnant, but typically when they get over 60 we start seeing [pregnancies].”

It’s all about timing

A 28-day cycle, while commonly quoted as the norm, isn’t a strict standard, said Dr. Brooke Hodes-Wertz, an assistant professor in the department of obstetrics and gynecology at the New York University Langone Fertility Center. Only 15 percent of women have a 28-day cycle, and most range from 24 to 35 days.

“Confining people to a cycle like that is probably going to help some people but is not going to be realistic for everybody,” Wertz told FoxNews.com. “Your body knows when to bleed based on when you ovulate.”

Wertz said successful fertility is about timing intercourse to two to three days before ovulation and the day of ovulation— though sperm can last up to three days.

“If you’re able to time intercourse, and all other things being normal, including sperm and anatomy, that doesn’t mean they’re going to have a hard time getting pregnant,” she said of women who don’t have a 28-day cycle. “The success rate should be the same as long as they’re having intercourse around ovulation.”

According to Karchmer’s research, a menstrual cycle that lasts 26 days or less gives women a 50 percent lower chance of pregnancy than a 28-day cycle. A 32-day cycle also decreases a woman’s chances by the same percentage.

Conceivable recommends couples have sex every other day starting on day nine of the woman’s cycle.

Wertz advises women younger than 35 to seek fertility help after they’ve been trying for 12 months without success, and those older than 35 to seek help after six months. At that point, a specialist can recommend interventions including oral medication or injections to increase the amount of eggs.

“Once you see a specialist, it usually means something else is going on— a bigger fertility issue— if you went that long without being pregnant,” she said.

Angela Rosen, a licensed acupuncturist based in San Ramon, California, heard about Conceivable through her professional network but met Karchmer at a practice management class early this summer. At the time, she was recovering from a miscarriage in early May. Impressed by Karchmer’s research and the program’s algorithm, she decided to try it out for herself and for future reference with her patients.

Rosen, 39, had been trying to get pregnant since March 2015 and in December of that year, tested her thyroid and realized her antibodies were high, but her functional levels were still within a normal limit. She started taking thyroid medication and became pregnant one month later. The embryo had severe genetic issues and failed at eight weeks.

Rosen’s cycle was already regular, but the aspects of the Conceivable Cycle that most struck her were that ovulation should land on day 14 and the amount of flow the plan helps women strive for. Conceivable believes blood should be red, with no clotting, which could indicate issues in the uterine lining, which makes it harder to implant a fertilized egg, Karchmer said.

“That’s sort of glossed over in fertility medicine,” Rosen told FoxNews.com. “I think what [Conceivable] does is bring back to the root foundation aspect of TCM, which is very powerful, and then the more we can get to a menstrual cycle that’s nice and healthy and robust. By regulating all of that, you really do create an optimal environment to promote conception.”

As for the herbs, users are directed to take two droppers, two times a day. Rosen has used the formulas with her own patients and has seen changes in just one to two cycles, including patients with chronic menstrual pain no longer having symptoms.

“From an acupuncture standpoint, I’m doing nothing different than what I did before to manage pain, but the fact is the formulas made a dramatic difference in other areas besides their menstrual cycle,” she said.

After two months of the Conceivable program, Rosen is pregnant with twins and due in April 2017.

Conceivable allows women to put their fertility back in their own hands, Karchmer, Wertz and Rosen agreed.

“I think that most women who are trying to get pregnant— this isn’t true for everybody— but most are desperately trying to control as much of that situation as possible. Really what this is providing for them is an outlet,” Rosen said. “They can’t go in and talk to their ovaries and say, ‘Come on guys,’ but they can go into the app and say, ‘OK, I’m drinking enough water, getting enough sleep.’”

Conceivable launched in April 2015 and a significant number of users have become pregnant in 90 days, Karchmer said. The company isn’t releasing data yet, as they’re waiting for a larger sample of women who have finished six months on the program and want to validate the data for age, male factor and years trying to conceive. Their goal is to help women get as healthy and fertile as possible, Karchmer said.

“If we can help women at 1/100th the cost of IVF, we have won our game,” she said. “If they’re significantly healthier, lost weight, don’t have PMS, sleep better, and have better relationships, than that $300 was a worthwhile investment for all of us.”