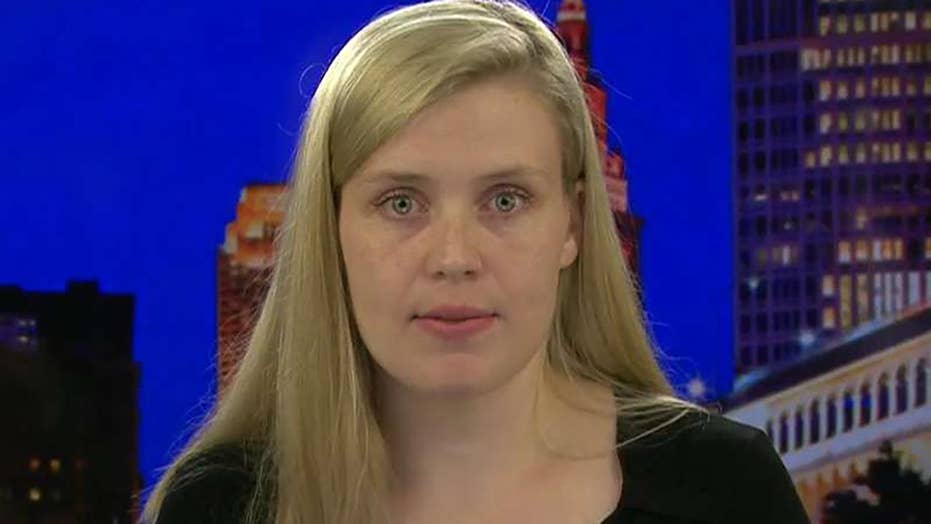 Abbey Clint says what changed her mind was a story about her mother-in-law almost dying from rubella as a child.

Abbey Clint was not vaccinated growing up, and she expected to raise her children the same way until her mother-in-law told her about a personal experience that changed the Pennsylvania woman's mind.

"My husband's mother...actually contracted rubella as a child in grade school," Clint said on "Fox & Friends" Friday. "And she almost died. She was sick for six weeks, and bedridden. She had three brothers, and they all came down with the measles at the same time she was down with rubella. She was pretty much on the point of death."

The doctor told her mother-in-law's family that he wasn't sure she'd pull through, and urged them to give the then-little girl a reason to live, Clint said.

They bought her a bike, telling her she'd be able to ride once she got better -- and she did.

"It was a very emotional story when she described it to me," Clint said. "And she still has that bicycle today and she won't sell it."

Clint posted about her change of heart on Facebook, writing: "I’ve had to catch up on my inoculations with each pregnancy. Glad I didn’t catch measles while pregnant! Glad my babies don’t need to suffer through preventable infectious diseases. Preventative maintenance saves co-pays and saves lives. Proud to vaccinate!"

Her post has generated nearly 6,000 comments and been shared more than 400 times.

The number of measles cases reported so far this year has reached their highest level in 25 years, officials announced last month.

More than 60 new cases have appeared in recent weeks, according to New York City health officials. That brings this year's count in the U.S. beyond the 667 total reported instances of the disease for 2014, making 2019 the worst year for measles since 1994, according to The Associated Press.

Clint said she wanted to raise awareness about "all of that [anti-vax] evidence and research [that] is founded on a very weak theory...a conspiracy theory.