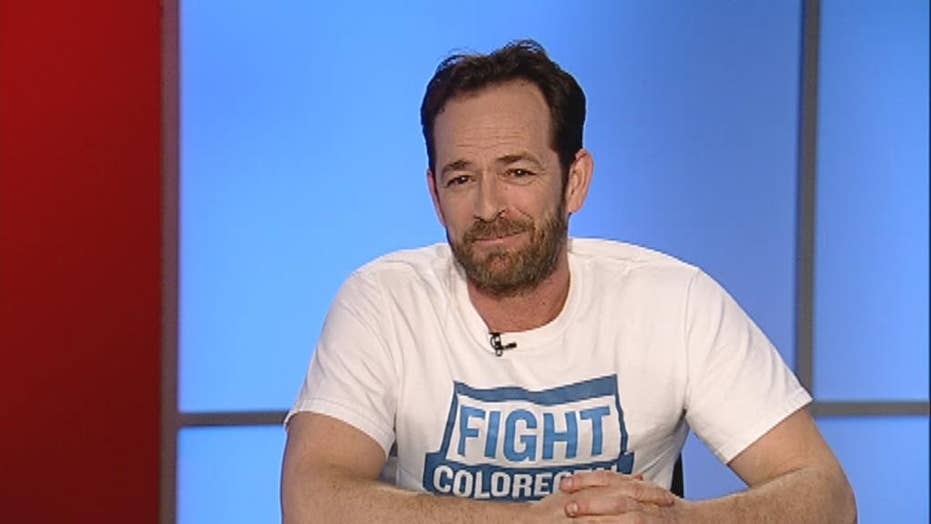 After a personal scare with colorectal cancer, actor Luke Perry is raising awareness about the second leading cause of cancer death among men and women combined

In 2015, “90210” star Luke Perry underwent a colonoscopy that revealed precancerous growths, and today, he wishes more people would do the same. If they did, there would probably be far fewer deaths from colorectal cancer — the third most common cancer in the United States, and a disease his childhood friend’s wife was recently diagnosed with.

“Right now, there are 23 million Americans who haven’t been screened who need to be screened,” Perry, who had the growths removed after tests detected them, told Fox News. “If I had waited, it could have been a whole different scenario.”

Colorectal cancer may be known as an ailment that only impacts older people, but a recent American Cancer Society study revealed that, compared to baby boomers, millennials now face double the risk of colon cancer and quadruple the risk of rectal cancer. Overall, colorectal cancer is the second leading cause of cancer death among men and women combined — but it’s estimated that screening could prevent 60 percent of deaths due to the disease.

“When I heard that this was the most detectable cancer that we know of yet it’s the second most lethal, I just couldn’t figure out why that was and I wanted to get out there and tell people about it,” said Perry, who now stars in The CW show “Riverdale.”

In light of his friend’s wife’s stage 3 diagnosis, Perry has teamed up with the advocacy group Fight Colorectal Cancer and its national campaign Strong Arm Selfie. For every person who takes a selfie while flexing a bicep with the hashtag #StrongArmSelfie, Bayer Healthcare will donate a dollar to the charity.

Perry is passionate about not only spreading awareness but also encouraging people of all ages to get screened.

The National Colorectal Cancer Roundtable is working on an initiative to get 80 percent of Americans screened for colorectal cancer by 2018.

In addition to preventative screenings, following a healthy diet and exercising regularly can help reduce your risk of the disease. Some observational studies suggest having a higher body mass index (BMI) is associated with increased risks of colon and rectal cancers in men and women. Many studies have also identified links between red meats and processed meats with an increased colorectal cancer risk.

“I have significantly cut down on the amount of red meat I eat,” Perry said. “I used to be a steak and potatoes kind of guy — now it’s just for special occasions. I eat a lot more fish, natural grains and fiber.”

Knowing the signs and symptoms of colorectal cancer may also help you catch the disease as early as possible.

Beware the following signs and symptoms of colorectal cancer:

And, while checking out your stool may not be at the top of everyone’s to-do list, Perry emphasized doing so can be life-saving.

“You need to examine your stool,” he said. “This is something that people don’t want to talk about, but we’re talking about saving lives here,” he said. “It’s no big deal. You want to have a look [and] know what’s going on.”