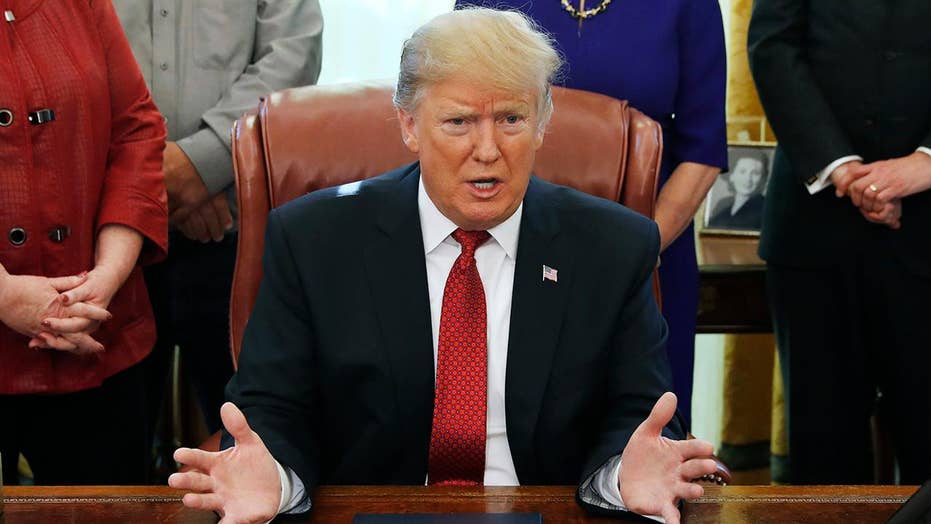 Don Jr.'s mysterious phone calls ahead of the 2016 Trump Tower meeting were not to the president; reaction from Fox News contributor Trey Gowdy.

Hunting enthusiasts eager to explore the outdoors with Donald Trump Jr. will want to pounce on a new offer from an interest group that has announced a raffle for a five-day elk-hunting trip with the president’s son, slated to take place in Utah in the fall of 2019.

In recent days, hunting advocacy and conservation group Hunter Nation has publicized a contest promising one lucky winner the “once-in-a-lifetime opportunity” to take on the outdoors with Trump Jr., an avid outdoorsman who often shares photos of his various sporting adventures to social media.

According to the official contest page, tickets are for sale for $10 a pop to explore "some of the most majestic land our great country has to offer" accompanied by "Donald Trump, Jr., the modern-day Teddy Roosevelt."

“You will have to go a long way to find a bigger advocate for our hunting lifestyle and a more passionate hunter and conservationist than Don, Jr. The opportunity to share a hunting camp with him is truly priceless,” the contest page reads. “Gain a new perspective on real-life conservation from one the leading experts on the subject, all while you hunt one of the most prized big game animals on earth.”

As of Tuesday morning, an entry deadline had not yet been announced for the promotion. Trump Jr. has also not yet publically commented on the contest.

According to the Salt Lake Tribune, the “dream hunts” campaign has been launched by Hunter Nation to raise money to “promote hunting rights and the removal of protection for predator species.” Outdoor enthusiasts can also enter to win future hunts with former U.S. Navy SEAL, Robert J. O’Neill, rocker Ted Nugent and country singer Craig Morgan.

As per the Tribune, meals, lodging and guides will be included in the prize package, which boasts a value of $5,000. The drawing is set for early April.

“Utah has done a fantastic job managing their wildlife,” said Hunter Nation's Keith Mark to Fox 13 of the contest.

“He’s the real deal,” he said, speaking of Trump Jr.’s prowess in the great outdoors.

The 41-year-old son of the president has long weathered backlash for his passion for hunting; in September, the father of five slammed PETA after the organization mocked him for the famed photo of he and his brother Eric Trump holding a dead leopard.