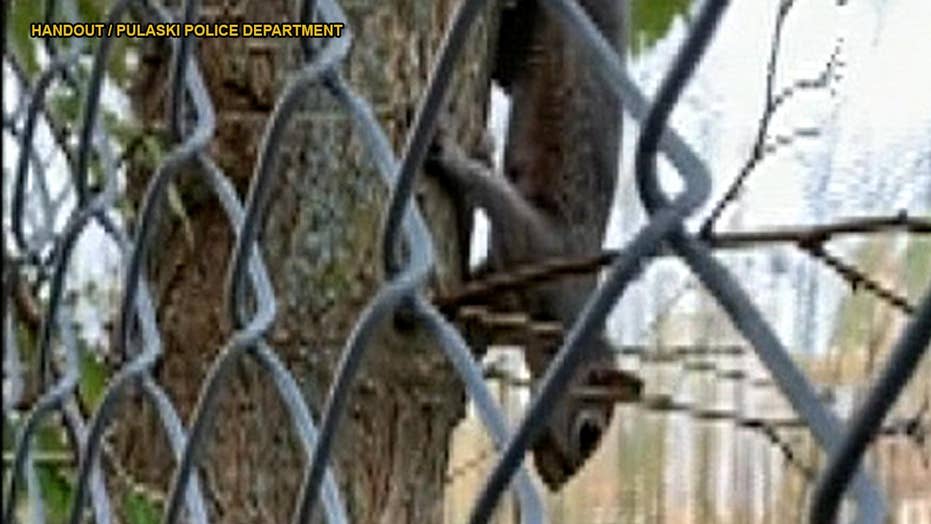 Woman guided by squirrel to help its injured baby

A woman walking a trail in Virginia claims she was approached by a squirrel, which guided her towards its injured baby. The woman and a friend were able to get the squirrels to safety back in their tree.

Police in Pulaski are praising a woman who had a remarkable experience while hiking.

According to her, a mother squirrel got her attention in a most unusual way, then guided her to its injured baby.

Tia Powell was walking on a trail near Kiwanis Park when the squirrel initially approached her. (Pulaski Police Department)

Tia Powell was walking on a trail near Kiwanis Park when the squirrel approached, Fox 35 reports. Powell claims the critter guided her toward its baby, which had injured its leg.

At one point, the small animal reportedly tugged on Powell’s pant leg in order to hold her attention.

JOGGER RESCUES DEER FROM FENCE TWICE: 'YOUR A-- BETTER NOT GET STUCK AGAIN!'

The Pulaski Police Department posted about the incident on Facebook page: “Something happened in town today that you would’ve had to see to believe!”

It continued: "After realizing that the squirrel did not mean any harm and wasn’t going to leave her side, Powell turned around and the squirrel led her down the trail to a baby squirrel with an injured leg. At one point, Powell wasn't sure she could help and she began walking and the squirrel followed her again and actually tugged her pant leg!”

It turns ou, the small animal wasn’t just concerned because of the baby’s injury. “Powell then realized that a cat was attempting to attack momma and baby squirrel,” the post continued. “Powell immediately called her friend, Jasmine Brown, and the Police Department. When the officers arrived, both squirrels were patiently sitting with Powell on the ground. Powell and Brown were able to get both squirrels to safety and back in their tree.”

The post concluded with this word of praise: “A huge shout out to Tia (aka: The Squirrel Whisperer) and Jasmine! Had Tia not been willing to trust her instincts that something was wrong, this might have had a very different ending! Thanks ladies!”