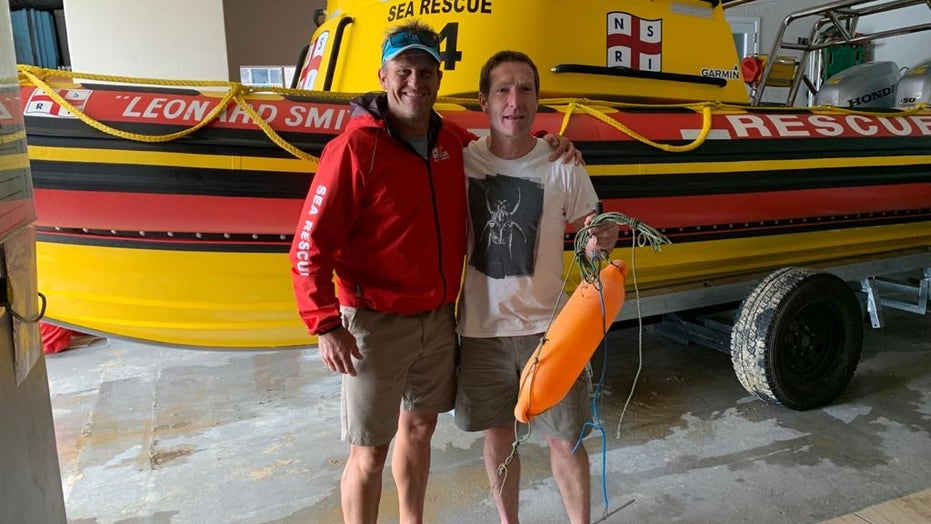 An avid fisherman from South Africa claims he’s still planning to pursue his hobby after nearly being dragged out to sea by a shark.

Theodore Prinsloo, from Wellington, was spearfishing off the coast of Nature’s Valley in the Western Cape on Wednesday, using a buoy as a floatation device, according to the National Sea Rescue Institute (NSRI) South Africa. He had already caught several musselcracker fish (a species native to South Africa) which were hooked to his floatation device, when, at a few minutes past 10 a.m., a “5-meter White shark” bit into one of the fish and took off in the opposite direction of the shore.

GRAPHIC PIC: FISHERMAN KNOCKS OUT FRONT TEETH AFTER WEIGHT SLINGSHOTS BACK AT HIS FACE

Prinsloo, who was on the buoy — which was also attached to his speargun — was then dragged for about 50 meters before he was able to release himself and swim to shore.

Prinsloo returned to the rescue base to retrieve his buoy, as he had plans to "go spearfishing" the very next day. (NSRI Plettenberg Bay)

The Plettenberg Bay division of NSRI wrote in a news release that they were alerted to the incident from an eyewitness, who “was confident that a shark had taken the spearfisherman” as “only his fishing floatation buoy remained and only his fishing floatation buoy remained on the sea surface about 200 meters off-shore of rocks at Salt River but there was no sign of the spearfisherman.”

Prinsloo, who had made it safely back to the shore, had also contacted the NSRI once he saw one of their watercraft out at the spot where he was fishing. He confirmed that he had indeed been dragged by the shark. The angler also told the rescue crew that he suspected the same shark had swam up to him the previous day, when he was spearfishing in the same area.

The NSRI had also retrieved Prinsloo’s buoy, which was attached only to the head of a single musselcracker fish, they said.

Prinsloo was given back his buoy by NSRI coxswain Nick Van Der Handle at the nearby rescue base, as he said he “needs the buoy to go spearfishing tomorrow,” according to Marc Rodgers, the station commander of NSRI Plettenberg Bay.