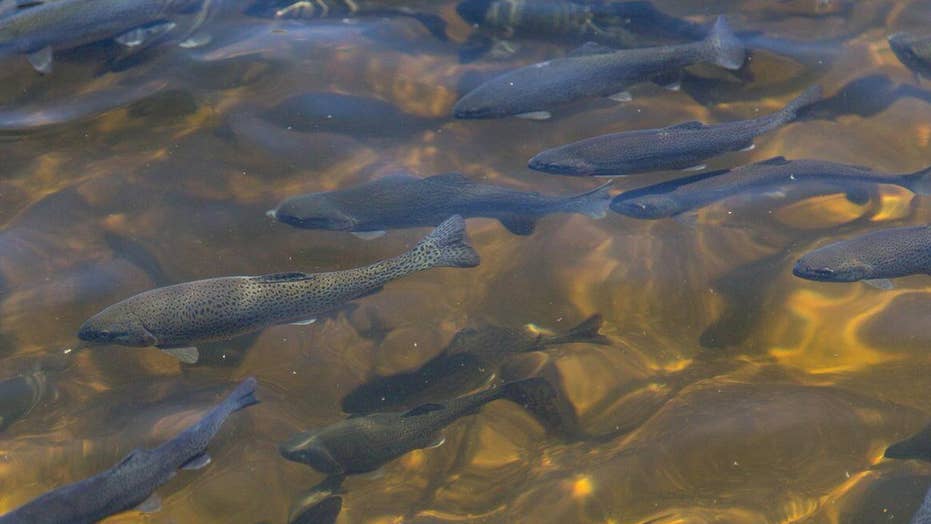 Competitors at a fishing tournament on Lake Michigan were shocked when they reeled in a steelhead that came with its own bling, a wedding ring attached to its tail by a zip tie. Capt. Jason Rose came forward as the former owner of the ring. He decided to discard the symbol of his ill-fated marriage in the most poetic way he knew how. Rose is convinced the ring is cursed, as his 'life has been nothing less than great' since releasing it.

One competitor in a fishing tournament on Lake Michigan Friday reeled in a steelhead with a wedding ring mysteriously attached to its tail by a zip tie, prompting all kinds of speculation about how the ring got there.

But on Monday, the former owner of the wedding band came forward to explain why he released the “cursed” ring into the water nearly seven weeks ago.

Capt. Jason Rose told the Chicago Sun Times that his decade-long marriage ended four years ago and he finally decided on a poetic way to discard of the symbol of their ill-fated union. “I am a fishing guide; she was always against me following my dreams and hated how much I fished,” he told the newspaper.

Rose attached his silver wedding ring, which has a single diamond and the inscription “SDH Steel” to the tail of a steelhead fish and released it across the lake near the port of Whitehall, Mich., on May 4.

“Four years went by since our divorce. I felt I needed to get rid of that ring, but I didn’t want to just toss it to the bottom, pawn it or any of that kind of thing,” Rose said. “So I released it the best way I know how. I am convinced that ring is cursed. My life has been nothing less than great since I released it.”

Now it seems Rose only passed the bad luck across the lake to one unsuspecting boat owner.

“That ring is cursed. Ever since it came on my boat, I’ve had problems with my Glendinning engine controls, the switch to raise the helm floor to get at the engines broke and the hose at my dock burst,” Nelligan said.

“I think we’ll mail it back to him, no return address,” he joked.