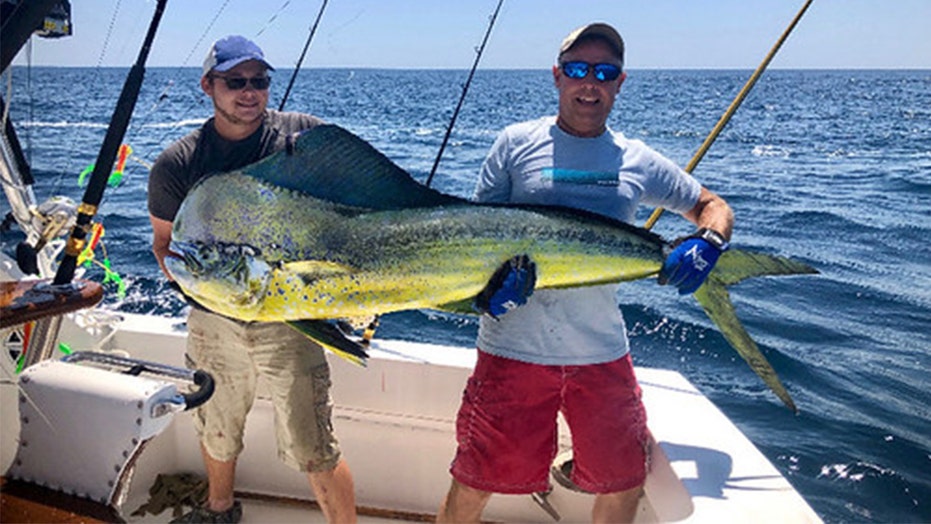 A Maryland fisherman said his rod "went crazy" on Tuesday as he reeled in a record-breaking mahi mahi, supplanting another fish that had held the spot for over three decades.

Jeff Wright was fishing with friends above Poor Man's Canyon, practicing for the White Marlin Open, the world's largest billfish tournament, scheduled to begin on Monday, when the 72.8- pound mahi mahi bit, according to the Maryland Department of Natural Resources.

“It literally took 25 minutes to get this in,” Wright said. “I had to play it until it finally gave up."

The fish, which is identified as a species of dolphinfish, was heftier than the 67.8-pound common dolphinfish caught by Kim Lawson 34 years ago in the state.

“It’s really exciting to see anglers like Wright break records that have been on the books for decades,” Recreational Fishing Outreach Coordinator Erik Zlokovitz said. “It just shows that with a little patience you could find yourself a part of Maryland’s angling history.”