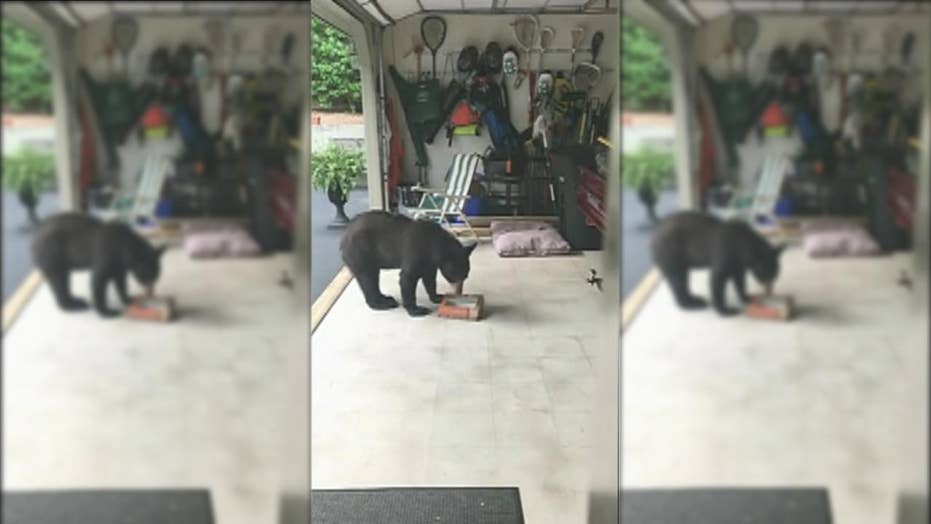 A hungry black bear is caught Chowing down on a box of donuts at a family's home in Hendersonville, North Carolina.

A Pennsylvania man reportedly killed a 679-pound black bear that was five yards away with a .357 handgun during last weekend's opening of the state's four-day bear harvest.

Jordan M. Tutmaher, the man, said the bear emerged near a Christmas tree patch, according to the report. YourErie.com reported.

A total of 1,241 black bears were killed in the opening day, the report said. The state's best opening day was in 2011 when 1,936 bears were harvested.

FILE: The Louisiana black bear is one of 16 subspecies of the American black bear.  (U.S. Fish and Wildlife Service)

The largest bear harvested that day was a male estimated at 704 pounds, taken by a rifle at about 8:30 a.m., the report said. .

Bears have been harvested in 53 counties during the statewide season so far, the report said.