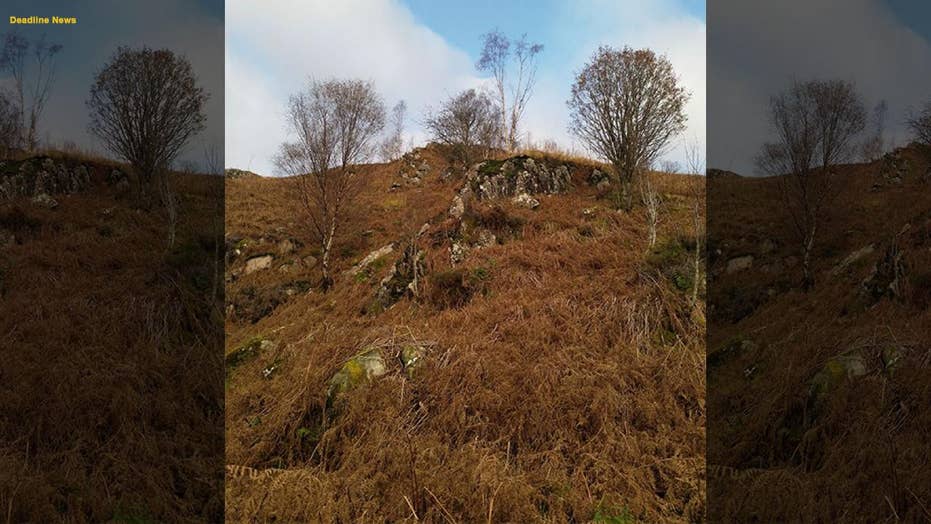 Can you spot the stag? Amazing photo of camouflaged deer goes viral

A picture of a camouflaged deer stumps social media users, many of whom fail to spot where the deer was lurking on the Scottish hillside. Photographer Mick Murphy captured it while he was out with his daughter Eva.

Mick Murphy was out with his daughter, Eva, enjoying the Scottish hillside when the eagle-eyed 11-year-old spotted something out in the distance.

“I didn’t notice the stag, it was my little girl. I only noticed it when it moved," Murphy, 45, said to The Daily Mail, noting that it was one of a "couple" red stags roaming the site.

Can you spot the stag? (Deadline News)

The deer’s coat matched the autumn landscape perfectly, but somehow Eva managed to spot it.

Murphy, from Coatbridge, took the impressive snapshot and posted it to social media with the caption, “Spot the stag.”

The post soon went viral, frustrating viewers from across the globe.

WISCONSIN HUNTER CITED FOR ILLEGALLY SHOOTING ELK ACROSS THE STREET

“That was hard to find … whole family trying to be first to spot him,” one person commented.

“Bah! Man, that’s frustrating! My eyes won’t see it! Even with the magnifying glass,” another wrote.

“As a hunter I’d starve, can’t see him anywhere,” someone joked.

One commenter thought Murphy was lying about there being a deer at all.

“Haha I thought for sure there was no stag and that you were at it,” they wrote.

Murphy was amazed by how quickly the picture took off, but is glad people enjoyed the tricky photo.