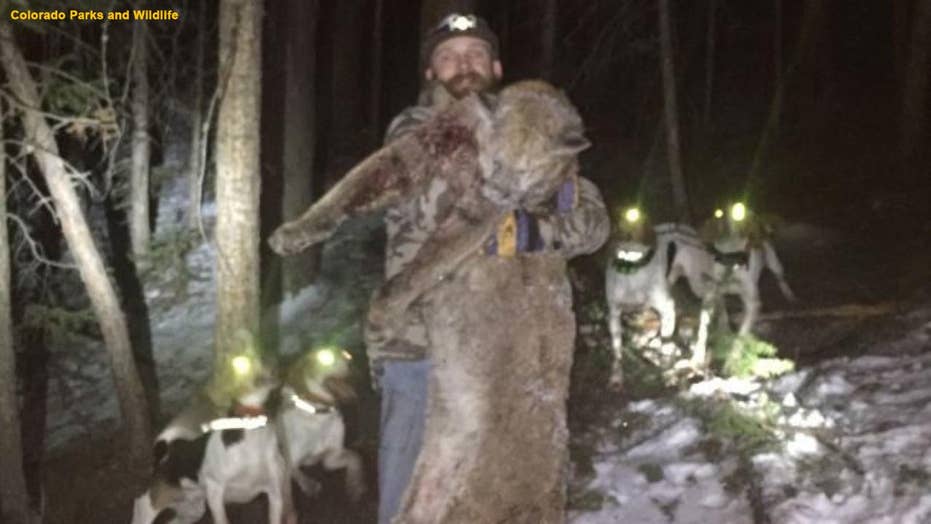 A Colorado man was sentenced to probation and ordered to forfeit cash and hunting equipment after he was convicted for the illegal sale of big-game wildlife and the illegal possession of a mountain lion.

Colorado Parks and Wildlife (CPW) announced Thursday that a man from Evergreen had been convicted for the illegal sale of big-game wildlife and the illegal possession of a mountain lion.

Officials say Andrew Pashley, 35, was leading illegal hunts and running an unauthorized outfitting service, likely for years, according to an investigation conducted by CPW. He ultimately pleaded guilty to the illegal sale of big-game wildlife ─ a class 6 felony ─ and illegal possession of a mountain lion on Nov. 8 in a Jefferson County Court, per a news release issued by CPW.

“Pashley’s actions are those of a poacher, not a hunter, and it is good to bring somebody like Pashley to justice."

Pashley was sentenced to two years’ probation and had his hunting, fishing and trapping privileges suspended. He may also face a lifetime suspension of such privileges in 48 states, pending a future hearing.

“Illegal and unethical actions like what Mr. Pashley participated in put a black eye on hunters, outfitters and houndsmen. Pashley’s actions are those of a poacher, not a hunter, and it is good to bring somebody like Pashley to justice,” said CPW Wildlife Officer Joe Nicholson, per the release.

CPW was first tipped off to Pashley’s activities in January 2017, after a hunter who killed a mountain lion brought the animal in for inspection. Officials later learned that the man was lying about where the lion was killed, and confirmed a relationship to Pashley.

Such hunting is permitted in Colorado under specific conditions, The Denver Post reports, and must be reported to ─ and inspected by ─ CPW officials.

Pashley’s house was searched the following month by CPW officers, who found evidence of illegal activities.

“Wildlife officers conducted follow-up interviews and sorted through evidence to piece together the details of Pashley’s illegal outfitting operating, documenting numerous felony and misdemeanor wildlife crimes in Colorado,” as per the news release.

As part of his sentence, Pashley has also been ordered to forfeit a truck used for his illegal outfitting business. (Colorado Parks and Wildlife)

As part of his sentence, Pashley has also been ordered to forfeit the money he earned from the illegal sale of big game, as well as a truck and hunting equipment used during the illegal acts.