Hunting recruiters are trying to appeal more to millennials as numbers decline. (iStock)

More millennials are exchanging their Kombucha for crossbows and concealing their man buns under camouflage caps to take up one of the oldest pastimes known to man — hunting.

At least that’s what several hunter recruiter groups are hoping, as they look to refill the ranks of the declining sport, which reported an 18 percent decrease in American hunters 16 and older over two decades.

To fill this gap, hunters are turning to hipsters.

Other organizations, like national hunting group Field to Fork, which offers hunting and venison-cooking classes, have also started targeting young adults who are interested in limiting their intake of mass produced foods. Field to Fork tries to recruit new hunters by setting up booths at popular farmers' markets, where the group would hand out brochures with slogans like, “Harvest your own local meat” and “hunters are the original conservationists,” the Journal reported.

Last month, Field to Fork, which operates in eight states, held an event aimed at those new to hunting. The newbies were paired with mentors and trained to use crossbows before being taken out to hunt in places a little closer to civilization for their first time.

The program pulled in a former vegetarian, a grad student from Haiti and a farmers' market manager to track and hunt white-tailed deer in northeast Atlanta.

“If you’re talking about local, sustainable – I can’t certify organic – you can’t do better than white-tailed deer,” Hank Forester, co-creator of Field to Fork, said to the Journal.

Though the group reportedly did not nab any deer on that trip, several of them cannot wait to go back.

“It’s all I can think about,” anthropology graduate student Jennifer DeMoss, 40, told the Journal.

American hunting has been declining for decades, which fewer young people willing to pick up the sport.

“It will be a slow gradual trend downward that will begin to steepen after 2035,” said Loren Chase, a former Arizona Game and Fish Department official.

Doug Brames, a 52-year-old hunter from Florida, said he learned to hunt from his father, but his two sons are not interested in learning the age-old pastime. 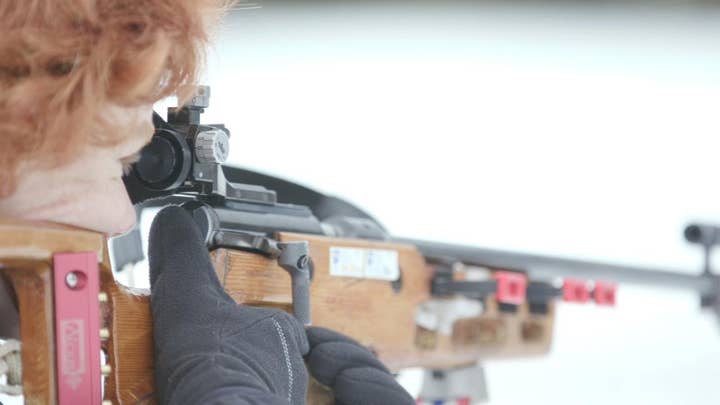 Brames told the Journal his kids would complain about having to get up at 5 a.m. without a guarantee that they would shoot anything.

His son, Brock, 21, said he didn’t have the patience to “wake up at four in the morning and then get up in a tree stand for three or four hours and then hope a deer goes by,” the Journal reported.

However, with more active recruiting and the promise of ethically killed, locally sourced meat, more millennials may be swapping their avocado toasts for venison tacos — but that’s not the only reason younger adults may be interested in hunting. It also appeals to the primal nature of human beings, Sarah Thurman, a manager at the Athens, Ga., farmers' market told the Journal.

“There is this animal side of you.”