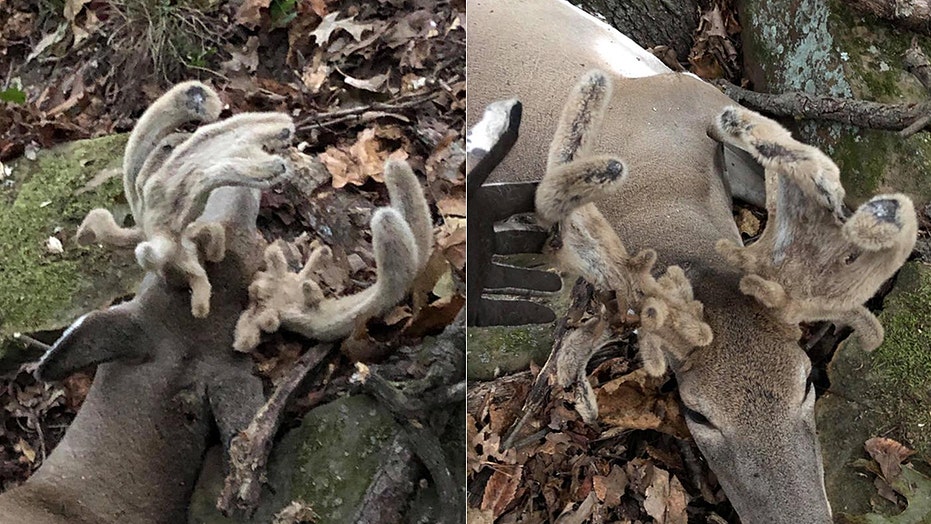 That's not a buck!

One Oklahoma hunter was recently in for quite the surprise when he realized the antlered deer he shot was not a male, but rather a female doe.

Over the weekend, outdoorsman Chris Blades was on the prowl in Seminole County when he harvested what he initially suspected to be “an extremely non-typical buck” that was, in fact, biologically female. Officials for the Oklahoma Department of Wildlife Conservation (ODWC) have since described the doe as "the deer of a lifetime."

One Oklahoma hunter was recently in for quite the surprise when he realized the antlered deer he caught was not a male, but rather a female doe, pictured. (Oklahoma Department of Wildlife Conservation)

“For this reason, regulations for deer are referred to as ‘antlered’ and ‘antlerless,’ not ‘buck’ and “doe,” the department said, sharing three images of Blades’ catch in a post that has since been liked more than 2,200 times.

An image of hunter Chris Blades' with his recent October catch, an antlered whitetail doe. (Oklahoma Department of Wildlife Conservation)

When contacted for comment, ODWC big game biologist Dallas Barber confirmed to Fox News that Blades’ catch was a whitetail deer and described the antlered female as "very rare."

“While it is very rare, we do see one or two antlered does harvested each year. It is caused by a hormonal imbalance,” Barber said.

“As long as deer season is open, and you are abiding by our management zones designated ‘doe days,’ it is never illegal to harvest a doe," he added.