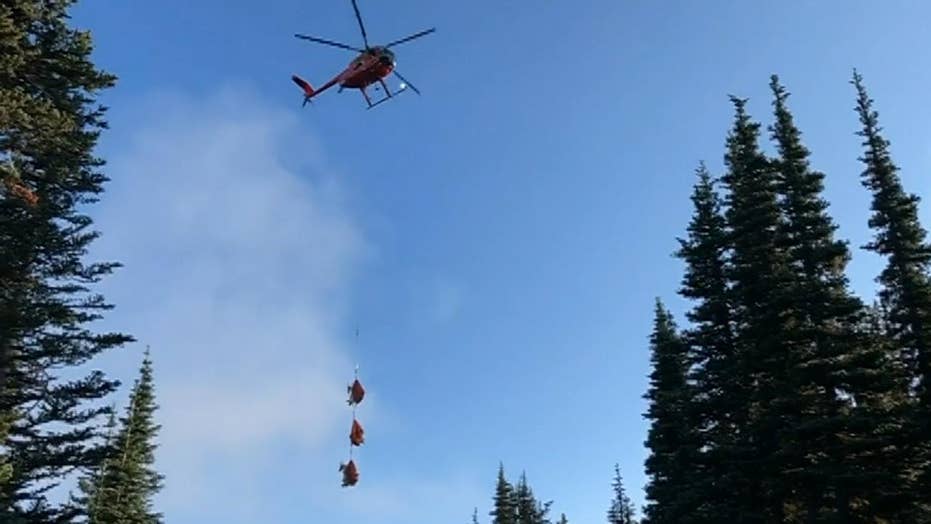 Raw video: Washington Department of Fish and Wildlife shares footage of a chopper dropping off goats at a staging area in Olympic National Park. The capture and relocation effort hopes to increase depleted populations of mountain goats in the Cascades.

While the odds of seeing pigs fly might be slim, residents in Washington had the chance to see goats fly on Monday.

The Washington Department of Fish and Wildlife shared footage of several mountain goats being airlifted into a staging area in Olympic National Park as a part of the agency’s repopulation efforts.

Officials this week began rounding up the “non-native” mammals from remote parts of the park, where humans introduced them in the 1920s. According to the agency, the goats are being captured and brought back to their native habitat in Puget Sound and across the North Cascades mountain range.

There are six designated goat sites that the animals will be released to.

Olympic National Park Wildlife Branch Chief Patti Happe reaches toward a pair of mountain goats, including a billy, top, and a nanny, to settle them on the back of a truck after they were airlifted by helicopter Tuesday, July 9, 2019, to Hurricane Ridge in the park near Port Angeles, Wash. (AP Photo/Elaine Thompson)

Animal capture specialist known as “gunners” and “muggers” sedate the animals, blindfold them, pad their horns and secure them in slings where they are then lifted to a staging area, similar to the one in the video.

At least three goats were being transported in Monday’s video and, according to officials, the animals were given a health exam before being fitted with a GPS tracking collar prior to their release.

Officials captured 17 goats Monday and Tuesday at the start of a two-week relocation period, including a kid about 6 weeks old, which got a ride on a mugger's lap inside the helicopter instead of hanging beneath it.

The relocations began last year with 115 of the roughly 725 mountain goats in the Olympics being moved to the Cascades.