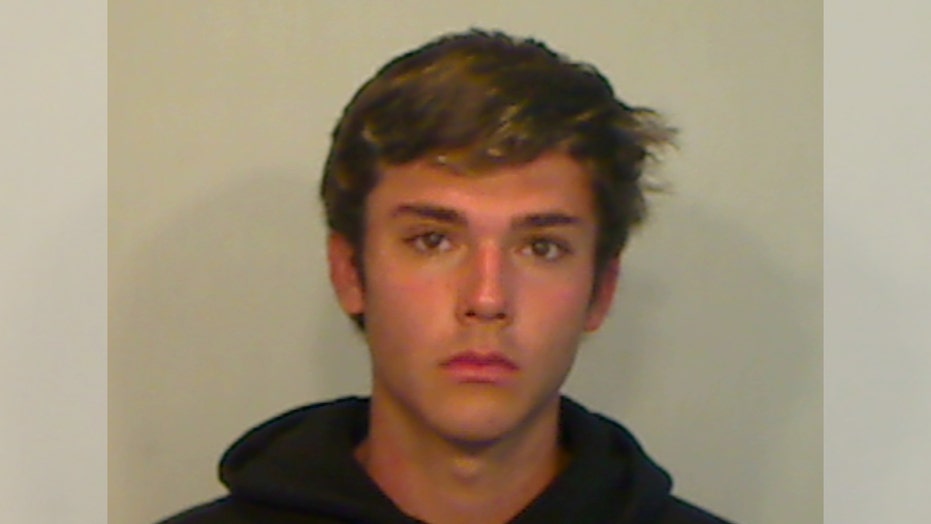 A college student in Florida was arrested this week for catching a goliath grouper and then posing for a picture with the large fish instead of immediately releasing it.

The goliath grouper is considered “critically endangered,” according to the National Oceanic and Atmospheric Administration Fisheries, which is a fact that ultimately contributed to the arrest of Joshua Anyzeski.

FLORIDA FISHERMAN GETS JAIL TIME, LIFETIME BAN FROM FISHING AFTER GETTING CAUGHT WITH UNDERSIZED LOBSTERS

The 18-year-old student was brought to the Stock Island Detention Center on Monday for a misdemeanor possession charge. He was later released after posting a $7,500 bond.

The 18-year-old student was brought to the Stock Island Detention Center on Monday for a misdemeanor possession charge. (Monroe County Sheriff's Office)

Anyzeski caught the 20-pound fish on Aug. 25 from a campus lagoon at the College of the Florida Keys, according to an arrest warrant issued by the Florida Fish and Wildlife Conservation Commission. The lagoon is meant for teaching dive lessons and marine science classes. Multiple signs are present to inform students that fishing in the lagoon is not allowed.

Moreover, the wildlife police report says Anyzeski bragged about catching the fish to a group of friends via text, and one concerned party reported the incident to the agency. Police also wrote that the teenager admitted to “messing around” with the grouper and removing the fishing hook for a photo op when questioned by authorities.

Upon investigation, it was determined that Anyzeski carried the fish at least 100 feet away from the lagoon.

Possession of a goliath grouper has been prohibited in Florida’s state and federal waters since 1990.

Recreational fishing of the species is allowed, but the Florida Fish and Wildlife Conservation Commission says goliath grouper “must be immediately returned to the water free, alive and unharmed,” according to its website.

Photos of catches can be taken, but can only be done “during the active act of release.” Large goliath groupers should also be left in the water where they were caught during release, in order to prevent harm to the skeletal structures of the fish.

A spokesperson from Florida’s wildlife commission told Fox News that the goliath grouper in question appears to be OK.