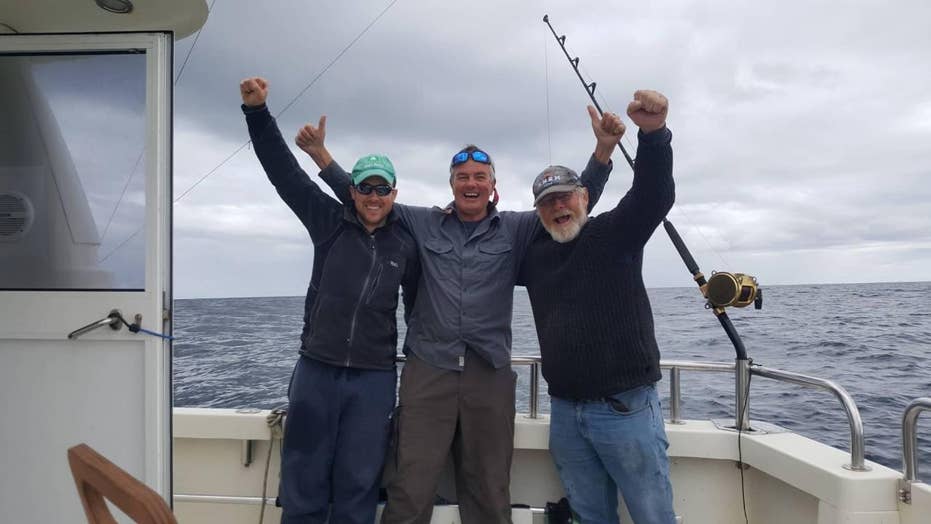 Fishermen catch bluefin tuna worth up to $120G, release it back into ocean

Fishermen catch a monster bluefin tuna that could have been worth up to $120,000. But for science, these guys put it back into the waters off the emerald isle.

An angler made the catch of a lifetime, only to let it go in the name of science.

Dave Edwards and his group from West Cork Charters were out fishing for bluefin tuna off the coast of Ireland on Sunday when he hooked the monster fish — the first one caught after days of fishing.

Edwards managed to pull the fish to the surface, where the crew estimated the tuna to be about 8.5-feet-long and 600 pounds.

However, the catch was short-lived as the group quickly tagged it and released it back into the waters on the south coast of Ireland.

“[W]hat made [this tuna] special here is that it's the first to be caught, tagged and released off the south coast of Ireland,” Edwards told Fox News.

West Cork Charters is one of only 15 charter companies awarded licenses for a tagging program run by government agency Inland Fisheries Ireland, which is looking to provide data on the location and size of bluefin tuna in Irish waters.

Edwards, who said West Cork Charters has a license but was not funded by Inland Fisheries, added that the group almost tagged another bluefin after hooking a giant 10-foot-long tuna earlier, but it got away after the “top of the line” reel broke during a two-and-a-half-hour battle.

Bluefin tuna, meanwhile, can fetch a much heftier price depending on when and where they are caught and sold. In 2019, at the first auction at the new location of the Tsukiji fish market in Japan, a bluefin tuna weighing just over 600 pounds sold for a record $3 million.