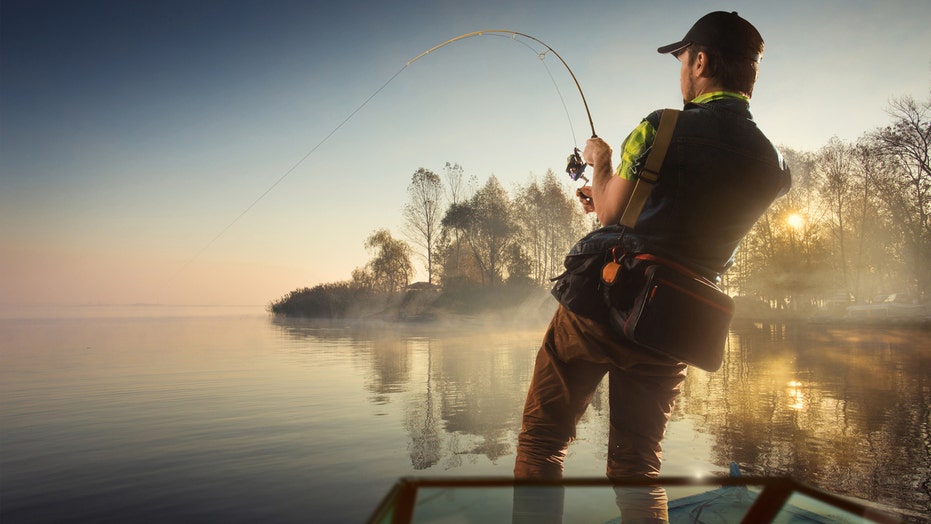 Nothing will come between this Georgia angler and his catch.

Avid fisherman Lee Sandt was filmed diving into a lake headfirst after his line broke. In the video, a large bass is seen being lured in by Sandt, until the line breaks and the bass seems to get away. However, quick-acting Sandt jumps into the water after it.

“It put its head back out of the water and with my right hand I put my hand literally right in his mouth and then I pinned it against my face. I knew because I immediately had a scratch on my face,” he said of the exciting incident to YOLOtek.

“When I got in the water I didn't let go of that fish until I knew I had a good grip and I knew I was starting to come up,” he added.

Sandt is completely submerged in what has been identified as Lake Lanier for a few seconds before popping back up on camera with the fish in tow.

“Yes! Did you see that?” Sandt is hearing exclaiming once he climbs back onto his boat.

Sandt posted the footage of his daring catch on social media in March. (iStock)

“What? What just happened?” he asks aloud while laughing and showing off the large catch.

Sandt posted the footage of his daring catch on social media in March.

“When you have a chunker on the line, sometimes you gotta do what you gotta do to get it in the boat,” Sandt captioned the impressive video, Daily Mail reported.

Since Sandt posted the video to social media, it has received over 2 million views.