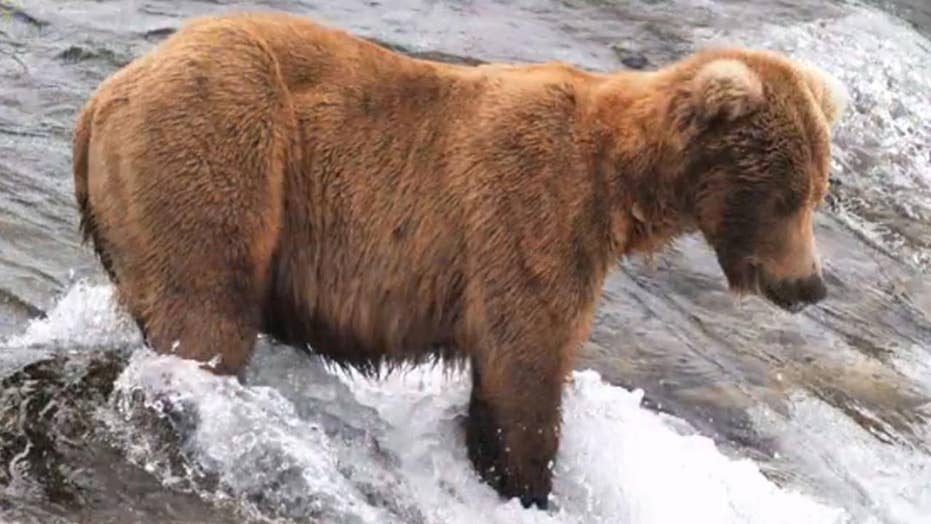 Katmai National Park’s Twitter account is showing the amazing transformation one of their bears went through during the summer. The brown bear’s extreme weight gain is typical before the winter hibernation.

Fortunately, there is at least one annual event that wasn’t canceled this year: Fat Bear Week.

Everyone’s favorite week dedicated to celebrating the portly carnivore is back, and, maybe like some of us in quarantine, bigger than ever.

NATIONAL PARK WILL COLLECT, MAIL LITTER BACK TO VISITORS WHO LEFT IT BEHIND

Rangers with Alaska’s Katmai National Park and Preserve announced the return of Fat Bear Week, which begins Wednesday, Sept. 30. As part of the week, officials round up the fattest brown bears of the park’s Brooke River and face them off in the Fat Bear Week bracket. The single-elimination tournament of the “survival of the fattest” runs through Tuesday, Oct. 5.

Like with previous years, people are able to place their votes for the fat bear of their choice online. Voting is open from 12 p.m. – 10 p.m. EST.

If you’re hesitant about placing such an important vote without getting to see the bears in action, the park has its live bear cams that stream from the Brooke River. And then you can answer the question on everyone’s lips: Will last year’s “Queen of Corpulence” once again earn the crown?

The "Queen of Corpulence" took the crown in 2019 in an overwhelming victory. (National Park Service)

The National Park Service wants to know. In a press release, the NPS asks, “Does Bear 747 have a chance to get his first championship by dethroning last year’s reigning champion, 435 Holly? Will a new bear come from the outside and topple the competition for the ultimate win? Can multi time champ 480 Otis reclaim his spot on top for one more year?”

But make sure you’re not running to cast your vote, as National Park officials warn against trying to outrun a bear.