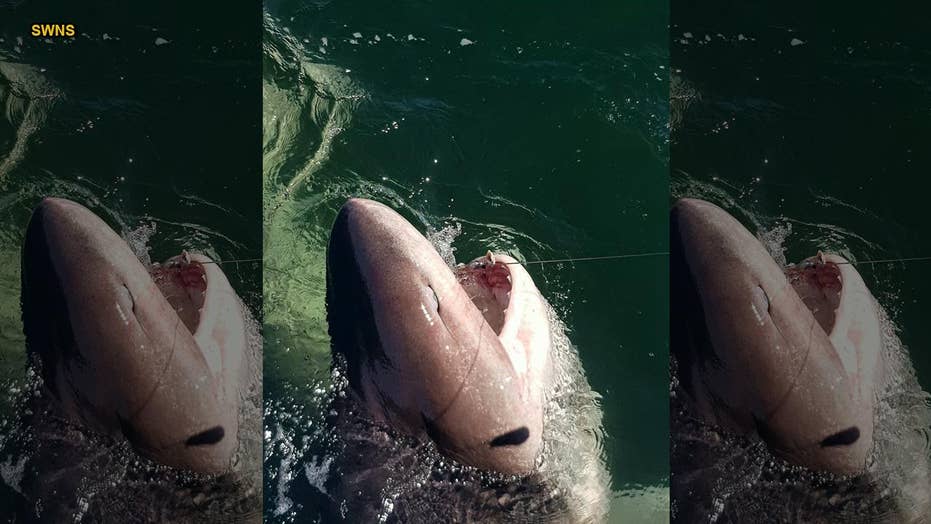 A fishing expedition off the coast of Ireland resulted in a bigger catch than Charlene Dillon bargained for when she reeled in a 15-foot shark weighing an estimated 1,200 pounds. Dillon pulled off the big catch after a 90-minute-long struggle, where she had to be strapped into a harness to keep from being pulled off the boat. The shark was too big to bring onto the boat, so after it was measured and documented, it was released back into the water.

A fisherwoman in Ireland reeled in a 15-foot long shark that weighed an estimated 1,200 pounds using a lightweight rod and line.

The impressive feat was pulled off by 30-year-old Charlene Dillon, who reeled in the beast after a 90-minute struggle. During the process, which occurred off the coast of Carrigaholt, she had to be strapped into a harness to keep from being pulled off the boat.

The bluntnose sixgill shark, also known as a cow shark, was caught at a depth of around 200 feet. The catch was actually too big to bring onto the boat, so after it was measured and documented, the shark was released back into the water.

“When I got a few taps my heart started to race, but when the reel screamed from the fish running, I was shaking with excitement," Charlene Dillon told SWNS. “I struck the rod as hard as I could and then felt this huge pull against me and the skipper said we have a big fish on."

“Once it saw the surface it went fighting back down for the bottom again, but no way was I allowing this fish to bully me — it was the other way round,” she continued.

“After another half an hour or so I finally managed to get the monster to the surface. It was an amazing sight to see this fish half the size of the boat coming to the surface — I was absolutely astounded at the sheer size of it. These sharks are a very rare species, and it was definitely the fish of a lifetime. I felt like the strongest woman in the world after outwitting and physically challenging this magnificent animal — such a feeling of pure success and joy, I was totally elated. I've never felt anything like it in my life. What an achievement.”