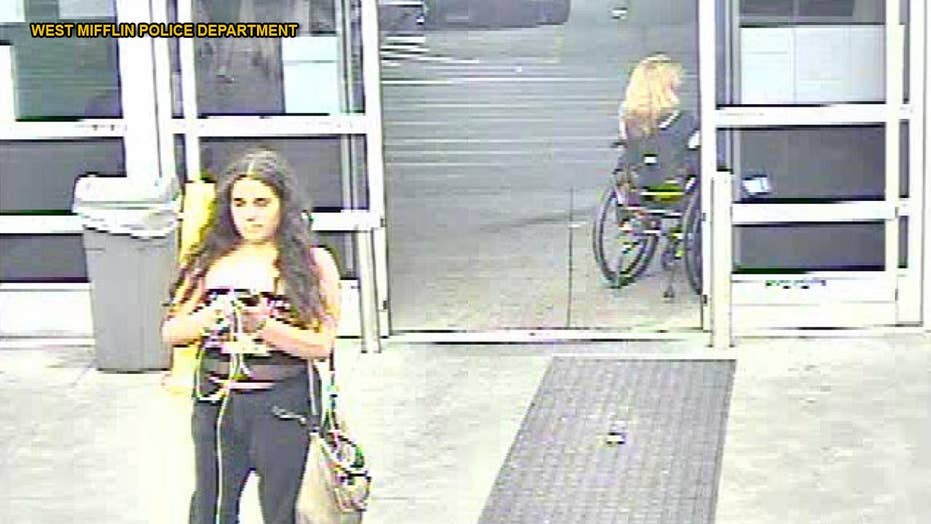 Police seek woman accused of urinating on potatoes at Walmart

A woman accused of urinating on potatoes at a Walmart in Pennsylvania is being sought by police. The West Mifflin Police Department released surveillance photos of the suspect, who was allegedly witnessed carrying out the bizarre act by a Walmart employee on July 24.

The woman who was accused of urinating on potatoes inside a Pennsylvania Walmart has reportedly turned herself in.

The suspect, identified as Grace Brown, turned herself into authorities Tuesday afternoon, according to WTAE-TV reporter Marcie Cipriani.

Police were searching for the woman after she was accused of urinating on potatoes at a Walmart store in West Mifflin.

The bizarre incident allegedly took place on July 24, according to a screengrab from a surveillance camera at the store. (West Mifflin Police Department)

LOUISIANA MAN ARRESTED AFTER ALLEGEDLY LICKING ICE CREAM, PLACING IT BACK ON SHELF IN 'COPYCAT' VIDEO

The bizarre incident allegedly took place late July 24 into early July 25. The West Mifflin Police Department released photos of the woman taken from surveillance video at the store in hopes that someone in the community would identify her.

According to a Walmart spokesperson, a store employee claimed to have seen the woman committing the act. It was not shared whether or not the employee attempted to intervene.

In a statement to Fox News, a spokesperson for Walmart said the store immediately handled the situation.

According to WPXI, a Walmart employee claimed to have seen the woman committing the act (West Mifflin Police Department)

“The safety of our customers is a top priority for us. This type of obscene conduct is outrageous, and we immediately disposed of the affected products and sanitized the area to ensure its cleanliness and safety for our customers. We’re working with the West Mifflin Police Department to find the responsible party and have them prosecuted," the statement read.