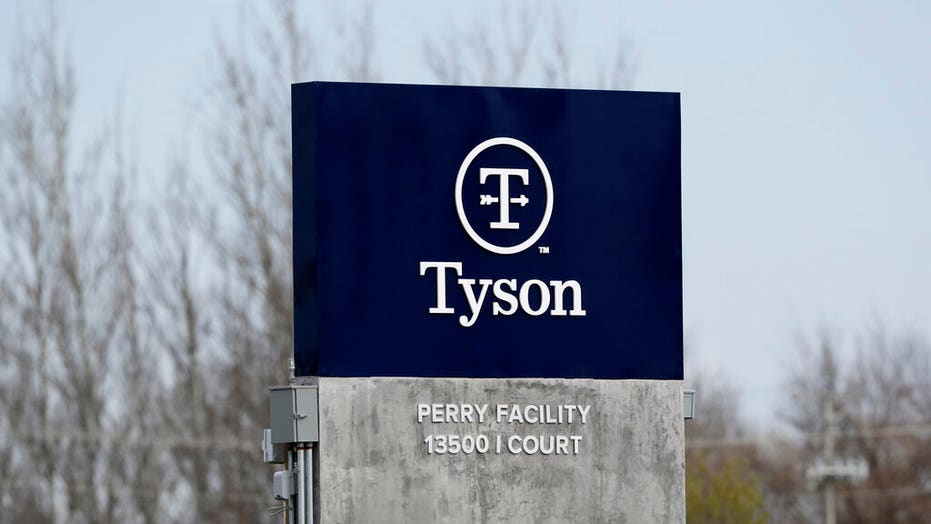 A Tyson Foods processing plant in Kentucky is the latest of the company’s facilities to close following a reported outbreak of coronavirus among workers.

The facility, located in the city of Robards in Henderson County, will be closed for at least four days, per a statement from plant manager Ron Chapman.

“The Tyson Foods Robards, Kentucky facility will cancel production Thursday through Sunday for additional cleaning and sanitation efforts,” said Chapman in a statement shared to the Henderson County Facebook page. “As a food production company, we follow Good Manufacturing Practices including those relating to sanitation and disinfection of our facilities. While we’ve intensified cleaning and sanitation already, we’re committed to do all we can to keep team members safe including suspending a day of production for additional cleaning.”

A representative for Tyson Foods confirmed that around 1,300 employees work at the Robards facility, but did not disclose a specific reason for the plant’s closure. Local outlet WEHT, however, reported that 74 of the facility’s employees had tested positive for COVID-19.

Tyson Foods formed a coronavirus task force in January in an attempt to protect workers and the facility from an outbreak. (AP Photo/Charlie Neibergall)

News of the Robards plant’s closure comes after President Trump signed an executive order on Tuesday to keep meat-processing plants open and operating, deeming the facilities critical for the nation's food supply. A spokesperson for Tyson Foods responded by thanking the administration for its "efforts to help the food supply chain," and wrote that Tyson would "Remain committed to protecting the safety of our team members as we continue efforts to keep feeding American families."

The temporary shuttering of the Robards facility follows the closures of several Tyson Foods plants in response to coronavirus outbreaks or staffing shortages caused by the pandemic, including some in Iowa, Indiana and Washington. As of last week, four Tyson Foods employees had been reported to have died of coronavirus.

"Millions of animals – chickens, pigs and cattle – will be depopulated because of the closure of our processing facilities. The food supply chain is breaking," wrote John H. Tyson, Tyson Foods' chairman of the board, in a full-page ad published in the New York Times, the Washington Post and the Arkansas Democrat-Gazette. (Jeff Reinitz/The Courier via AP)

The shutdowns also prompted Tyson Foods Chairman John H. Tyson to take out a full-page ad in Sunday’s New York Times, Washington Post and Arkansas Democrat-Gazette to outline the company’s response to the ongoing coronavirus health crisis. He also stated that further closures — not only of Tyson Foods facilities, but competitors’ facilities as well — would put more stress on the nation’s food supply.

“The food supply chain is breaking,” he warned.

Financial analysts and industry insiders claimed that consumers could be seeing less selection in their supermarket meat aisles as early as next week.

"My guess is that about one week out, perhaps around May 1, shortages will begin developing at retail meat counters,” one livestock analyst told NBC News.

Overall, however, there are currently record amounts of meat in cold storage, according to the United States Department of Agriculture (USDA). In a report released last week, the USDA said the nation’s total frozen poultry reserves were up (by 4 percent) while beef reserves were down slightly (2 percent). Pork reserves fell furthest, at 4 percent, down to 621 million pounds.

Getting meat to market is where there may be hiccups, analysts say. Meat that was intended for restaurant use, and therefore packaged in larger cuts or quantities, would need to be sent straight to butchers or supermarkets to be cut for customers, The Associated Press reported.