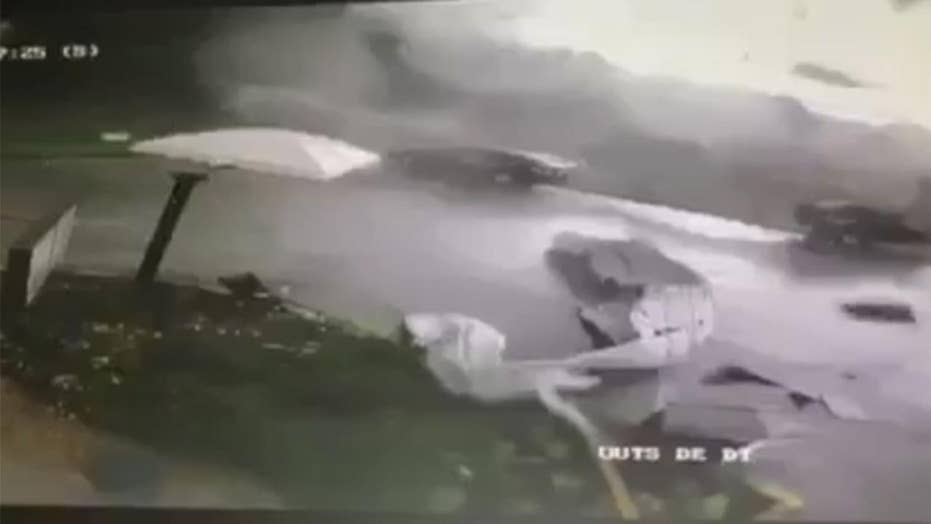 A Sonic Drive-In in Louisiana sustained extensive damage on Sunday after it was struck by a tornado in a dramatic moment captured on surveillance video.

The Lafourche Parish Sheriff's Office said in a Facebook post the twister touched down in near South Lafourche High School in Galliano, located about 70 miles southwest of New Orleans.

Video from a security camera at the Sonic Drive-In shows the moment the tornado neared the building, sending cars in the parking lot tumbling into a nearby grassy area.

Menu boards and parts of the roof were also ripped apart and strewn throughout the area.

The National Weather Service told FOX8 tornado was an EF-1, maximum estimated winds were about 100 miles per hour.

There were no reported injuries, but around a dozen homes were damaged and several utility poles were downed when the storm came through, according to the sheriff's office.