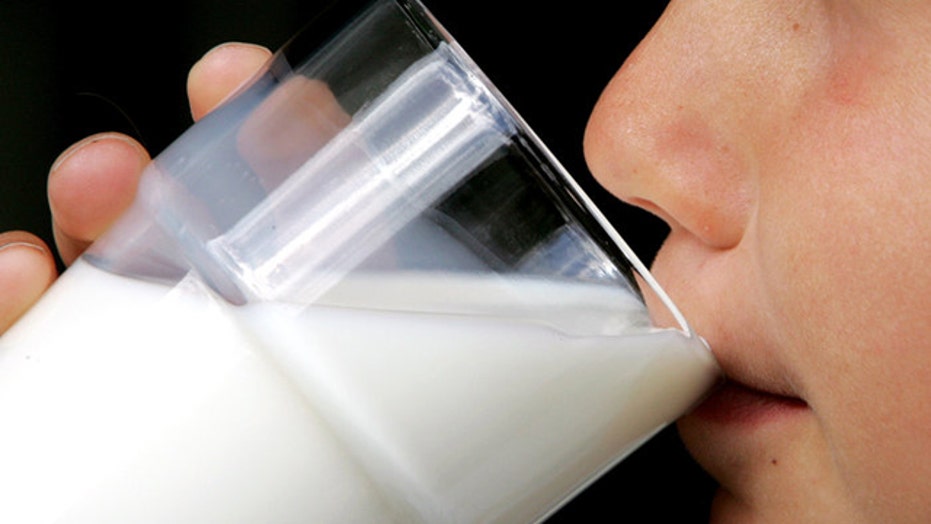 Whole milk vs. skim: Which should you drink?

Next time you’re in the grocery store trying to decide whether to splurge on organic milk or stick with milk from conventionally raised cows, consider that the two products may not be that different.

According to an investigative report published by the Washington Post Monday, cows at Colorado's Aurora Organic Dairy aren’t grazing in accordance with USDA organic standards, and after being submitted to chemical testing, the organic milk from Aurora wasn't dramatically different from the conventional.

Post reporters say they visited Aurora's largest production facility in Greeley, Colo. several times during the grazing season (early spring to first frost) and also captured high-resolution satellite images of the cow pens. The reporters allege that they never found more than a few hundred cows in the pastures at one time -- out of 15,000.

Grazing cows to organic specifications is expensive for farmers – which is why organic milk costs more, sometimes even double, its conventional counterpart in the dairy aisle.

ORGANIC FOOD ISN’T ALL IT'S CRACKED UP TO BE, STUDY SUGGESTS

In order for the milk at dairies like Aurora to secure a USDA Organic seal, cows can’t be fed any hormones to stimulate production of milk. Their feed or pasture must be organic, meaning grown without synthetic pesticides and their diet needs to come from the grass they eat during grazing. More grazing equals more land and cows that are purely grass-fed produce less milk.

When Post reporters contacted Aurora’s inspectors to inquire about the time cows actually spent grazing, they discovered that inspectors didn’t know because they’d last visited the farm in November – after the grazing season had ended.

The USDA is under no obligation to inspect farms such as Aurora. Farmers are allowed to hire their own inspectors they choose from a list of private companies licensed by the USDA. The inspector and the farmer/owner can arrange the visit-- days or weeks in advance-- and, according to the Post, only 5 percent of inspections are done spontaneously.

The USDA reviews the inspections on average every 2-and-a-half years.

But organic food is a booming business. The new USDA Organic seal has seen a surge in food sales from $5 million annually in 2000 to $40 billion in 2015, according to the Organic Trade Association.

When Post reporters took samples of Aurora's milk for scientific testing at Virginia Tech, the results showed that the Aurora milk was basically no different than conventional non-organic milk, from a nutrient makeup.

"We are an 100% organic company and have always produced great tasting, high-quality certified organic milk throughout our history. We take extraordinary care of our animals, and we meet or exceed the requirements of the USDA National Organic Program.

"We completely reject the suggestion that organic compliance can be determined by a test, and so does organic certification. Certified organic dairy means making great tasting, quality milk that requires extraordinary care for animals and prohibits the use of synthetics pesticides, GMOs, antibiotics and added hormones.  Certification is the only test for organic compliance."