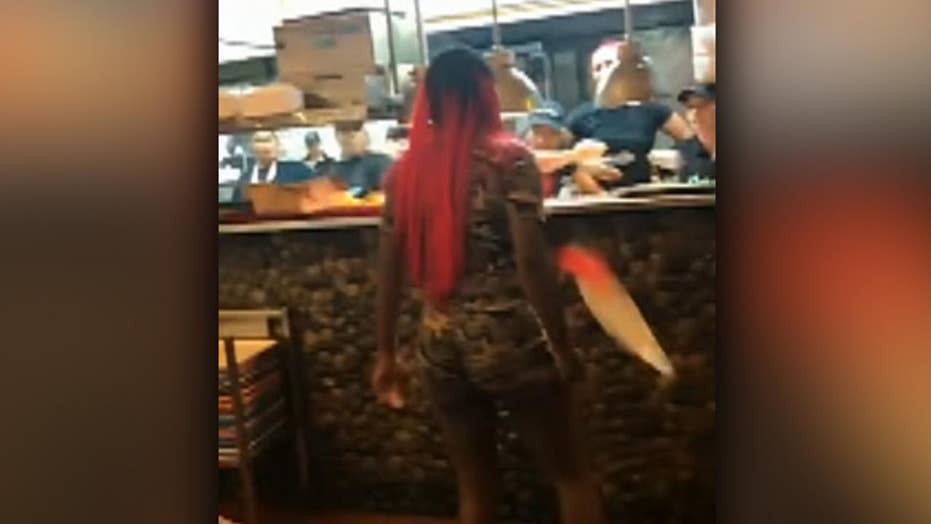 A messy fight broke out between a customer and several employees at a Tex-Mex restaurant in Texas Friday.

Video of the argument-turned-food fight at Chacho’s in San Antonio was posted to Facebook with the caption, “Dinner and a show.”

A woman with hot pink hair in a camo outfit can be seen yelling at employees behind the counter. The workers then start throwing plates and food trays at her.

As the shouting continues, the woman tries shoving something back at the employees as dishes and food continue to fly toward her and plates smash on the floor.

A group of customers begin to gather near the woman as several employees come from behind the counter to try to break up the fight. The group is then escorted out of the restaurant.

While it’s unclear why the fight broke out, commenters on the video joked that the restaurant must have put "too much cilantro in her tortilla soup," or "messed up her king kong nachos."

Mikayla Hartfield, who posted the video, told KSAT the police showed up, but by then the people involved in the fight had already left.

She also said she suspects the argument started because the food was taking too long.