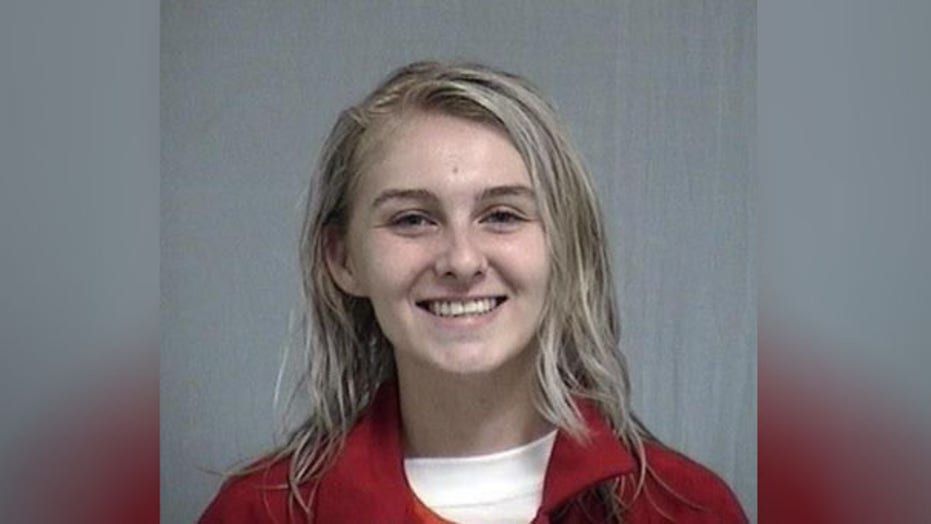 Apparently, this family is really into tomatoes.

A homey scene turned bizarrely violent in Florida when a young woman got into a fight with her elderly family members at the dinner table over the number of tomatoes she could eat. While the disagreement started with a fight over the food, it ended with the girl allegedly attempting to stab her grandfather.

Katie Jade Gates was reportedly charged with aggravated assault and aggravated battery on a victim over the age of 65. (Nassau County Sheriff's Office)

Katie Jade Gates, 19, has been charged with two felonies over the Sept. 12 incident, Fox 51 reported. She’s been accused of aggravated assault and aggravated battery on a victim over the age of 65.

According to the incident report by the Nassau County Sheriff’s Office obtained by Fox News, Gates’ grandmother claimed the girl became angry because “she wanted to eat more than her fair share of tomatoes at the dinner table.” When she was denied more tomatoes, her grandmother said Gates became “disrespectful towards the other adults in the house.”

Gates reportedly followed this by throwing a water bottle at her grandfather, but missed.

She then threw a pack of cigarettes, which hit her grandmother in the face, the police report states.

The young woman then allegedly chased her grandfather out of the house while brandishing a knife and threatened to stab him in the face. Gates allegedly made stabbing and poking motions with the knife at her grandfather.

Police eventually arrived and questioned everyone involved. Their report cites that Gates admitted to throwing the cigarette pack and picking up the knife, although she did not admit to making any threatening motions with the blade.

She was taken into custody and was eventually released after posting $18,000 bond, Fox 51 reported.