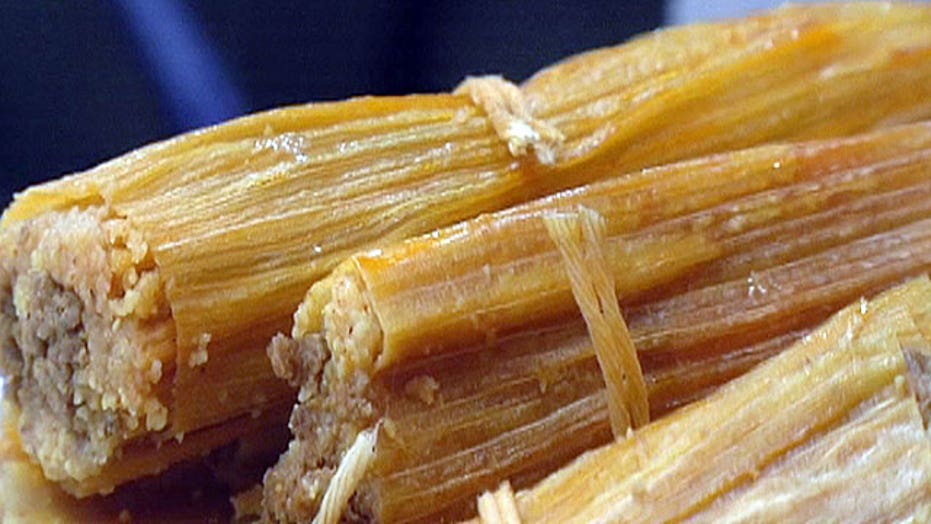 Eating competitions, blind tasting, and a Miss Hot Tamale - All for the big hot tamale festival in Mississippi

Succulently, juicy hot tamales were recently chowed down by the thousands at the Delta Hot Tamale festival in Greenville, Mississippi. The city's second annual hot tamale festival was awash with the flavor of these delectable delta delights.

"You're going to love my special blueberry and golden raisin tamale!"

"Nothing stands up to the hot tamale in the delta," says Bill Dunlap, one of the judges for the tamale cook-off.

With a stomach-stretching eating competition and the crowning of Hot Miss Tamale, mouths are opening and bellies are bloating.

"Pull the hot tamale out and unwrap it from the corn chuck, eat it, and ascend to the gates of heaven," says Paul Kossman, judge and life-long resident of Greenville.

Hot Tamale chairmen Valerie Lee, Anne Martin and Betty Lynn Cameron began the event last year.  Now it has become the talk of the town with thousands of participants from around the country.

"The Hot Tamale Festival brings everyone together in Greenville," says Anne Martin.

"You're going to love my special blueberry and golden raisin tamale!" says Hernandez.

Mayor Chuck Jordan proclaimed Greenville as the official Hot Tamale Capital of the World back in June, 2012.

The festival has plans to keep the hot tamale culture going strong every year.