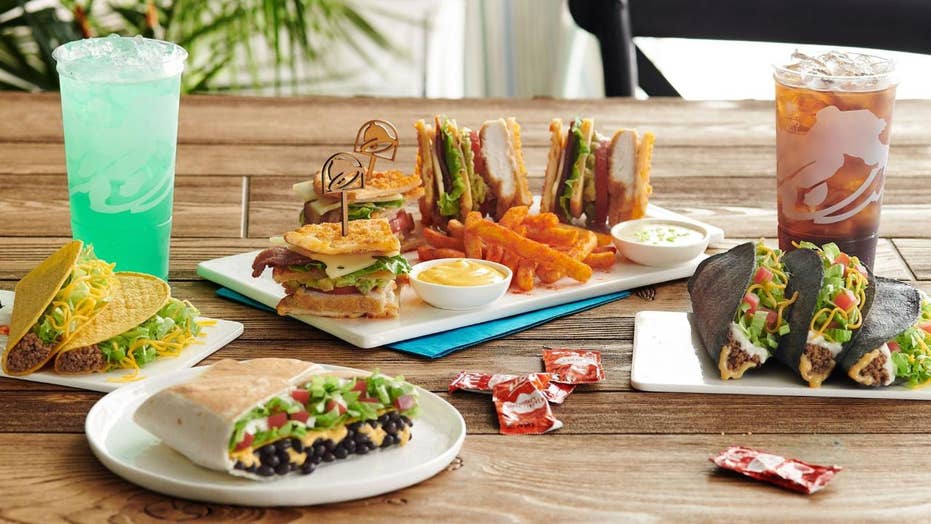 The summer’s most unexpected tourist destination is finally open.

The Bell: A Taco Bell Hotel & Resort opened its doors with a ceremony that only Taco Bell could pull off. While the hotel will only be open for a limited time, it’s quickly become one of the most talked about summer retreats of 2019.

Guests will have access to unique menu offerings available at the pool and Baja Bar. (Taco Bell)

In a press release sent to Fox News, Taco Bell revealed that guests from 21 different states have travelled from across the country to participate in the unique experience, located in Palm Springs, Calif. The hotel promises to offer guests exclusive menu and clothing items.

According to the press release, members of the Palm Springs city council joined Taco Bell’s Senior Director of Retail Engagement and Experience Jennifer Arnoldt as she cut a ceremonial ribbon made out of hot sauce packets.

The Taco Bell hotel made headlines when the reservations for the resort sold out in just two minutes.

Among the guests is reportedly a couple on their honeymoon. Not surprisingly, the newlyweds apparently tied the knot at the Taco Bell Cantina in Las Vegas on July 20th.

Reservations for The Bell reportedly sold out in about two minutes. (Taco Bell)

According to the press release, every day that the hotel is open will bring guests a unique experience. “DJs will rock the stage by day before kicking off sunset performances featuring Feed The Beat artists such as Wallows, Whethan, FLETCHER and Tate Tucker,” says Taco Bell. “Fancy a dive-in movie? Guests can snack on chipotle butter popcorn dusted with Verde seasoning while laying on sauce packet floaties and watching a flick poolside.”

Fans who were unable to get reservations at The Bell will have to just settle for booking a hotel within walking distance of a Taco Bell, which probably won’t be as exciting.