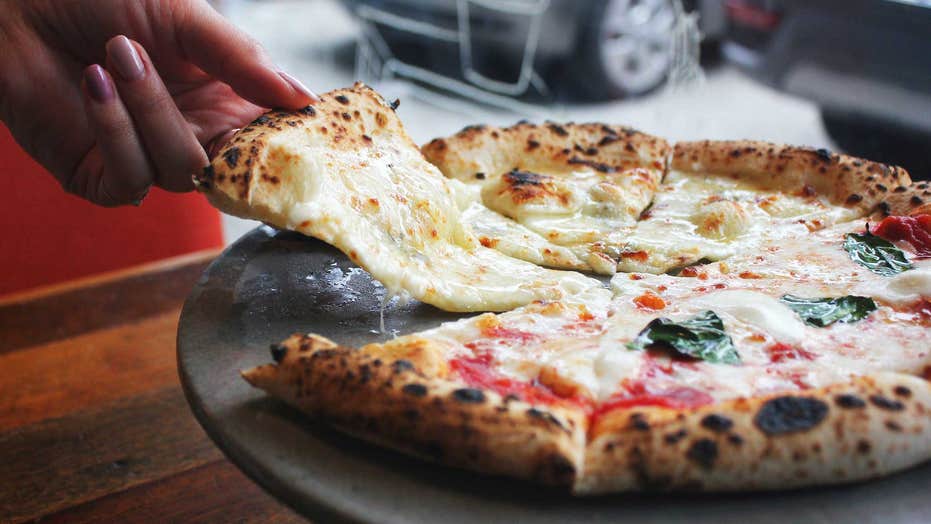 Most of us would prefer to live in a world where pizza consumption is an indicator of a healthy, balanced diet. And thanks to Silvano Gallus, we just might.

Silvano Gallus, an epidemiologist working out of Milan, was recently awarded an Ig Nobel prize for his work toward “collecting evidence that pizza may prevent illness and death if the pizza is made and eaten in Italy.”

WOMAN WITH LIFELONG FOOD PHOBIA ONLY EATS THIS ONE DISH

It'll probably come as no surprise that the Ig Nobel — it's awarded by the Annals of Improbable Research magazine — is not exactly on par with the Nobel Prize. This tongue-in-cheek honor aims to “celebrate the unusual, honor the imaginative — and spur people’s interest in science, medicine, and technology,” per the publication.

Still, the ceremony, which took place earlier this month at Harvard University’s Sanders Theater, drew 1,100 spectators, many of whom applauded as Gallus took the stage to accept his award.

“What did we find in our research? We found that analyzing data from a combination of large Italian epidemiological studies, we found that people who regularly consumed pizza had a decreased risk of digestive cancer and myocardial infarction,” Gallus said during his speech.

He also clarified that the pizza he’s talking about — made and consumed in Italy — is not entirely healthy in and of itself. As also outlined in the studies his team published between 2003 and 2006, he and his team suggested that the consumption of an Italian pizza’s Mediterranean ingredients indicated a healthier Mediterranean diet, which has been linked to a healthier lifestyle.

“Our interpretation is that pizza may represent a general indication, a marker, of the Italian diet that, as other Mediterranean diets [have], has been shown to have major health benefits," Gallus said.

Silvano Gallus, an epidemiologist working out of Milan, was recently awarded an Ig Nobel prize for his work toward “collecting evidence that pizza may prevent illness and death if the pizza is made and eaten in Italy.” (iStock)

“In conclusion, we recommend eating Italian pizza, but please, please hold the pepperoni for health reasons," he added.

It's also probably safe to assume that eating oversized Stuffed Cheez-It Pizzas is probably off the table, too.