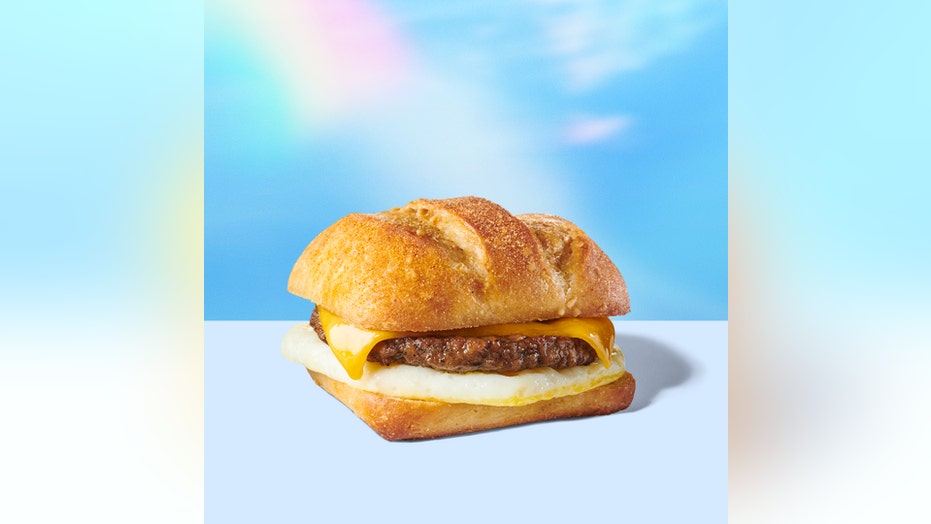 After introducing a plant-based breakfast sandwich at its Canadian locations in March, Starbucks is finally bringing home the non-bacon.

In a Tuesday announcement touting its newest summer menu additions, Starbucks confirmed that most of its U.S. stores will now be offering an Impossible breakfast sandwich made with “a savory Impossible sausage.”

WHAT'S THE DIFFERENCE BETWEEN PLANT-BASED AND VEGAN?

“With 22 grams of protein, the breakfast sandwich offers everything customers love about a classic sausage breakfast sandwich but with plant-based sausage,” the chain wrote of the new item, which also comes with a cage-free fried egg and aged cheddar on a ciabatta bun.

After introducing a plant-based breakfast sandwich at Canadian locations in March, Starbucks is finally bringing a version to U.S. consumers. (Starbucks)

The sandwich is said to be available at the “majority” of Starbucks locations as of today.

“These new menu additions not only answer customers request for more plant based choices from Starbucks they build upon Starbucks sustainability commitment announced in January, to offer an environmentally friendly menu,” reads a press release.

In related news, Starbucks had also recently announced its intentions to “transform” stores to make it easier for customers to utilize on-the-go options such as drive-thru, walkup windows or curbside pickup, in an effort to help customers and employees comply with current social-distancing guidelines.