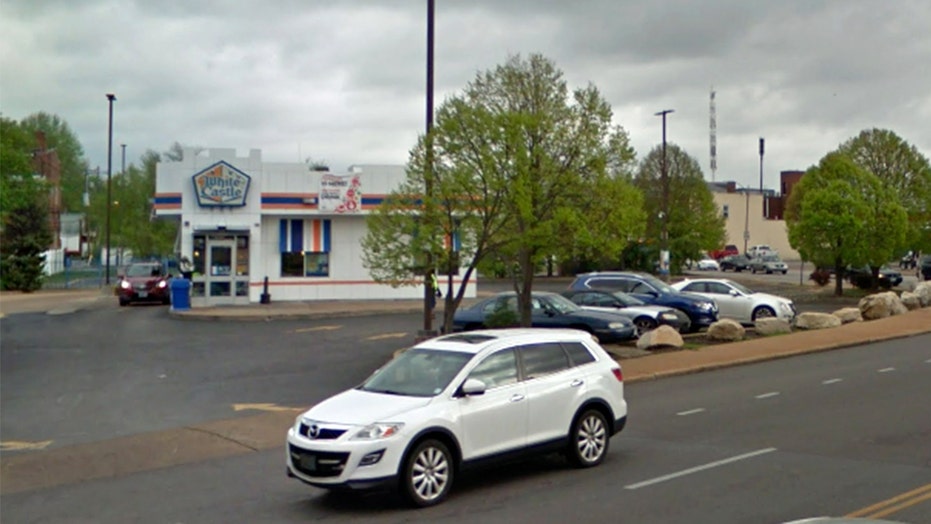 A driver at a Missouri White Castle drive-thru told Fox News that another driver allegedly shot at him because he honked his horn while waiting on line.

“I ordered a couple double cheeseburgers, your usual combo meal, and was just going to head home and have dinner with my girlfriend and it just became a little more eventful than I expected,” the 51-year-old St. Louis man said.

The victim, who asked to remain anonymous because the shooter has not yet been arrested, said that he honked his horn because the car in front of him was taking an exceptionally long time at the window.

“I think I was sitting there for about 10 to 15 minutes, and with no one else in line I thought that was a little unreasonable,” the victim said.

The man said because there were only two cars in the drive-thru line, that “made it all the more frustrating that it was taking so long,” adding, “That’s why I honked in the first place.”

The St. Louis Metropolitan Police Department told Fox News the incident happened Thursday night around 9. The victim said it all started at a White Castle on Gravois Avenue in south St. Louis.

The man said that after he honked, the other driver at the drive-thru jumped out of his car and started yelling what sounded like profanity, although he couldn’t make out exactly what the driver was saying because he'd kept his windows closed.

He said the other driver then got back inside the car and pulled over “to the side of the parking lot as if he was waiting for a large order.”

The 51-year-old man thought the confrontation was over so he picked up his food and started to drive away, adding that “it wasn’t until I pulled out to one of the main streets and headed home that I realized he had other intentions.”

The man said he realized that the other driver was following him. He also said that driver soon fired a shot at him.

“I heard the bullet come through the door,” the victim said.

"And then I got home and I was still kind of in shock and had difficulty believing what happened,” he continued.

The man said he didn’t feel anything right away but once he got home he realized the bullet had grazed his leg.

“I noticed at that point also that my windshield had been shattered which could have been possibly a second shot or something that was thrown at the vehicle. And then I saw a hole in the door and saw my jeans that I was wearing had a hole ripped in them where I was grazed.”

“I suffered about a two-inch scratch in the back of my left thigh where the bullet passed and then embedded in the seat,” the victim said.

“People certainly told me that I had gotten very lucky,” he said.

A St. Louis man said he was shot at after honking at another driver while waiting at the drive-thru of this White Caslte in south St. Louis. (Google street view)

The victim said he hopes the man who shot at him gets caught soon.

“I think he poses a danger to other people,” he said.

The St. Louis Metropolitan Police Department told Fox News it's seeking an “unknown black male, 20 to 25-year old” who is around 180 pounds with a medium complexion and “low afro-style hair.”

The man said he thinks the security cameras in the White Castle parking lot could help police with their investigation.

“I think this was a random case of road rage," he said. "But it does reflect a certain reality that people living in St. Louis understand, you always have to be aware of your surroundings.”