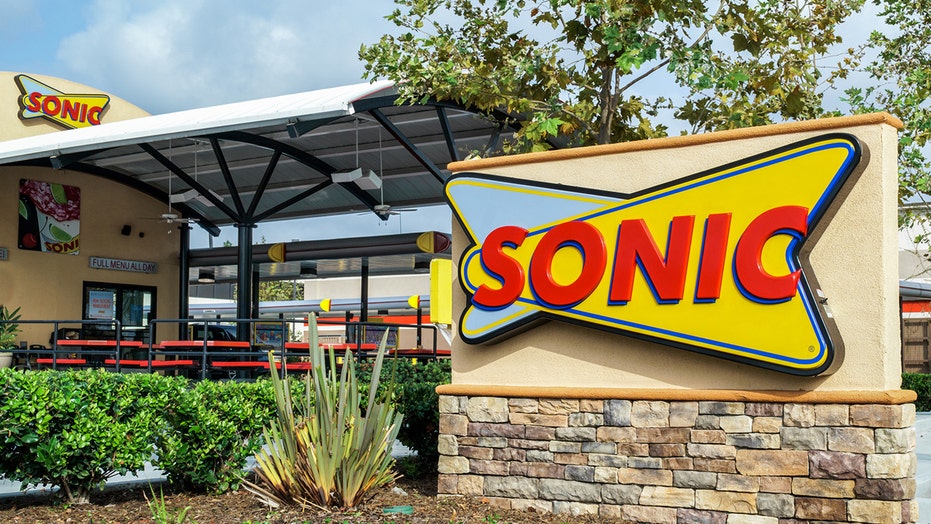 Police in Oklahoma say they have positively identified two suspects who broke a glass window at a Sonic fast-food restaurant following a mix-up with their chicken tenders.

Police say the incident, which took place at a Sonic location in Del City on May 20, was sparked after the couple received the wrong sauce for their chicken tenders during a drive-thru transaction.

“They were upset over their order,” Maj. Mike Arterbury of the Del City Police Department told KFOR.

MAN IN HORSE-DRAWN CARRIAGE IS KICKED OUT OF SONIC

In footage obtained by the outlet, the woman in the driver’s seat can be seen handing back the chicken to a drive-thru worker, pointing to her receipt. It’s unclear what the customer told the drive-thru operator, but police say the restaurant ultimately decided to refuse service to the couple. The restaurant’s manager also returned the couple’s money.

Eventually, the two re-enter their vehicle, but that’s not where the story ends. According to footage shared by police, the male suspect grabbed “what appear[ed] to be a glass cup” from the car and threw it through one of the doors of the Sonic restaurant before the two drove off.

Del City Police later asked the public to come forward with any knowledge of the suspects’ identities, ultimately yielding “several messages and calls,” they confirmed on Facebook.

“They have been positively identified. Charges are soon to follow,” police said.

When asked charges the two could face, Maj. Arterbury told KFOR it would likely be destruction of private property.