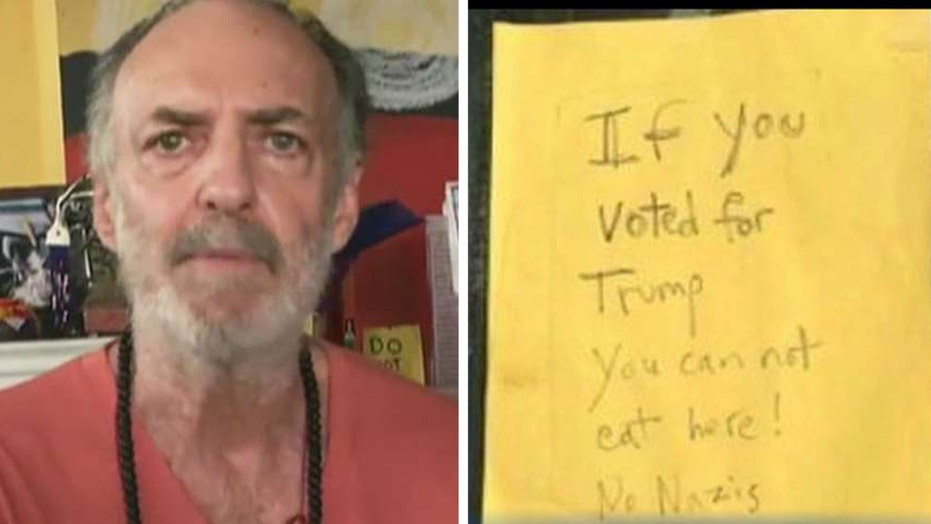 A South Carolina restaurant owner is in hot water after a highly-descriptive posting a “help wanted” sign in her eatery's window.

Th sign, which was spotted by locals outside of Kennedy's Home Cooking in Spartanburg, S.C., over the weekend read “Minorities need not apply,” written in both English and Spanish. A photo of the sign posted online sparked outrage across social media with many vowing to boycott the establishment and asking others to do the same.

But the owner of Kennedy's, Sook "Sue" Shin, says it’s all a huge misunderstanding.

She says her husband bought the sign on eBay and they didn’t know what it meant. Shin, who is Japanese, says English is her second language and her husband is Korean.

As news of the sign spread online, workers at Kennedy's says there was swift backlash.

“That day we probably only had 20 customers, and me and the other girl that was working, we didn't make hardly any money. We had phone calls all day harassing us," Melonie Henderson, a server at the restaurant told FOX Carolina.

"They thought it meant minors, not minorities,” Henderson told WYFF.

As soon as the owners realized the error, they promptly took down the sign and replaced it with an apology Monday.

The new sign reads: “Dear Customers. I am the owner Sue. I am really sorry for the sign that posted (earlier). I didn’t know what it meant. After I know, I took it off immediately. English is not my first language. And I never thought about it again. I sincerely apologize for (everything).”

But Shin and her servers say the restaurant is continuing to feel the heat even after recognizing the error.

According to WLOX, a group African-American customers stopped by the restaurant Monday, read the sign, but said they still plan to stop eating at the restaurant. The lack of business, say servers, may have a detrimental effect down the line.

“If we don’t have customers, we don't make that much. We rely on our tips,” said Deborah Bright, a server for five years told WYFF.