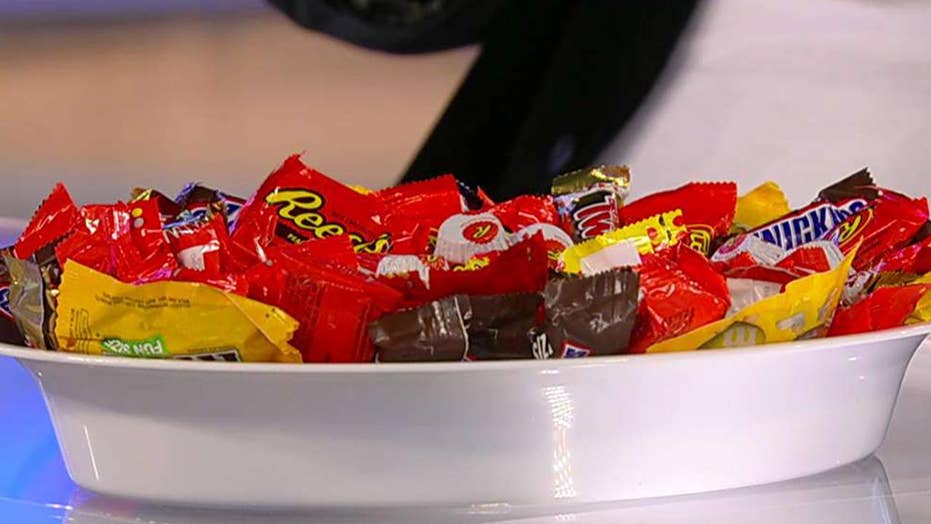 Tyrus and Dana Perino rate their favorite candy on 'The Daily Briefing.'

For anyone that loves to combine junk foods, there may be good news on the horizon. According to reports, a new type of Reese’s Big Cup stuffed with peanut butter and potato chips is set to be released soon.

According to the Instagram account JunkFoodLeaks_, Reese’s Big Cups with Potato Chips will be available soon. The post describes the new item and it’s exactly what it sounds like: an extra-large Reese’s Peanut Butter Cup with pieces of potato chips mixed into the peanut butter filling.

The Instagram post describes the snack as a salty and sweet combination, although it does say that the candy is seemingly light on the potato chips.

A spokesperson for Hershey was not immediately available to offer further comment.

While JunkFoodLeaks_ is not an official outlet for food announcements, the account reportedly has a history of revealing previously unannounced food items.

According to Delish, the page previously leaked the existence of M&M’s Fudge Brownie, Kit Kat Birthday Cake and Nerds Gummy Clusters before any of those items were officially announced.

Peanut butter and potato chips isn’t the only combination possibly coming to the snack aisle.