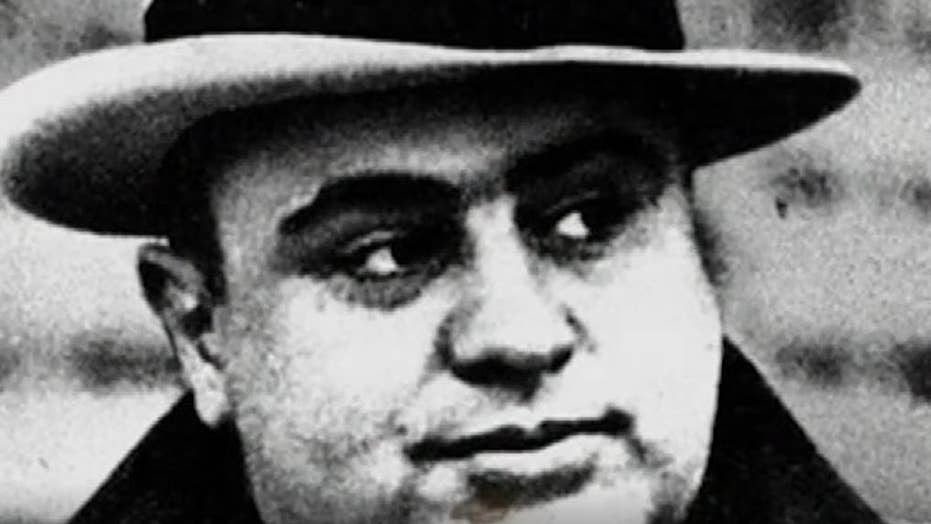 Prohibition 100 years later: How the US ban on alcohol failed miserably

The 18th Amendment went into effect on Jan. 17, 1920, and banned the 'manufacture, sale or transportation of intoxicating liquors.' Learn how the impact of Prohibition was felt everywhere from small towns to populated cities across the United States.

While many Americans are in the midst of "dry January," Jan. 17 once marked the start of a dry 13 years -- for all Americans -- a century ago.

The 18th Amendment went into effect on Jan. 17, 1920, and banned the “manufacture, sale or transportation of intoxicating liquors.” And the impact of Prohibition was felt everywhere, from small towns to populated cities.

The 18th Amendment went into effect on Jan. 17, 1920, and banned the “manufacture, sale or transportation of intoxicating liquors.”

AMERICANS ARE DRINKING MORE NOW THAN JUST BEFORE PROHIBITION

Tim Grimes, the senior ambassador for Templeton Rye Distillery in Iowa, is well-aware of the effects Prohibition had on the country, and why it was so controversial for whiskey drinkers, in particular, when it went into effect.

“Whiskey was the spirit that everybody liked and drank,” Grimes said. “It was cheap to make and it was also cheap to purchase. The other reason it was so widespread was that whiskey had a huge medicinal following, I mean, millions of barrels annually went to it so the usage was huge. When you have a usage in a product like that, that's big. It divided the country.”

Grimes explained that the Temperance Movement, which sought to outlaw booze, was dividing the country ahead of Prohibition. Factions of the movement, like the Anti-Saloon League and the Woman's Christian Temperance Union, wanted to squash alcohol distribution, production and anything alcohol-related. The controversy eventually led to the 18th Amendment and the Volstead Act, the latter being the law that provided enforcement for the 18th Amendment.

“The 18th Amendment and Volstead Act ushered in an era of widespread rebellion and crime,” Grimes said. “There was still high demand for alcohol, but no supply.”

“The Eighteenth Amendment and Volstead Act ushered in an era of widespread rebellion and crime,” said Grimes. “There was still high demand for alcohol, but no supply.”

Grimes said that some Americans answered the call for the illegal hooch, including one group that was only seeking to maintain their way of life amid the Farm Crisis in Iowa.

“All the farmers in the Templeton area… nobody lost their farms when everyone else across the country was,” Grimes said. “It's because they all cooked whiskey, and all found a way to make money and put food on their family's table.”

While Templeton’s rebellion didn't arise out of the gangster attitude that most people associate with Prohibition, the loss of money from taxes, and the rapid rise in crime, eventually ended Prohibition.

“The Temperance Movement didn’t count on the loss of revenue for the country,” Grimes said. “Think about it: State, local and federal-level taxes were levied on distilleries and it was a huge money generator. Now you have a country that’s about to enter the Great Depression.”

WHAT EVERY DRINKER SHOULD KNOW ABOUT BOURBON

Prohibition also offered gangsters such as Al Capone another lucrative avenue for revenue via bootlegging, which was only contributing to crime.

“When you had a speakeasy, if you're going to break the law selling whiskey, you might as well throw everything in it and keep making that fast dollar,” Grimes said. “That's what was happening, and crime ran rampant during the '20s and '30s because of Prohibition. It's the thing that ultimately got the country behind wanting to abolish it.”

To learn more about Prohibition, watch the full interview above with Tim Grimes, the Senior Ambassador for Templeton Rye Distillery. And to help prepare for your own celebrations, try the following cocktail ideas courtesy of Templeton Rye and Taconic Distillery.

Fill a cocktail shaker half full with ice, add the ingredients, and stir until well-chilled and diluted. Garnish with a cherry. Serve in a coupe glass.

Stir the first three ingredients together in a shaker with ice. Strain into a rocks glass with fresh ice cubes. Add a splash of seltzer water and garnish with fresh cranberries.

Combine whiskey, bitters and sugar in a mixing glass. Add several large ice cubes and stir rapidly with a bar spoon to chill. Strain into a rocks glass with fresh ice. Garnish, if you like, with a slice of orange and/or a cherry.

Combine ingredients in a cocktail shaker with ice. Shake vigorously. Strain into a chilled cocktail glass and garnish with orange and cherry.