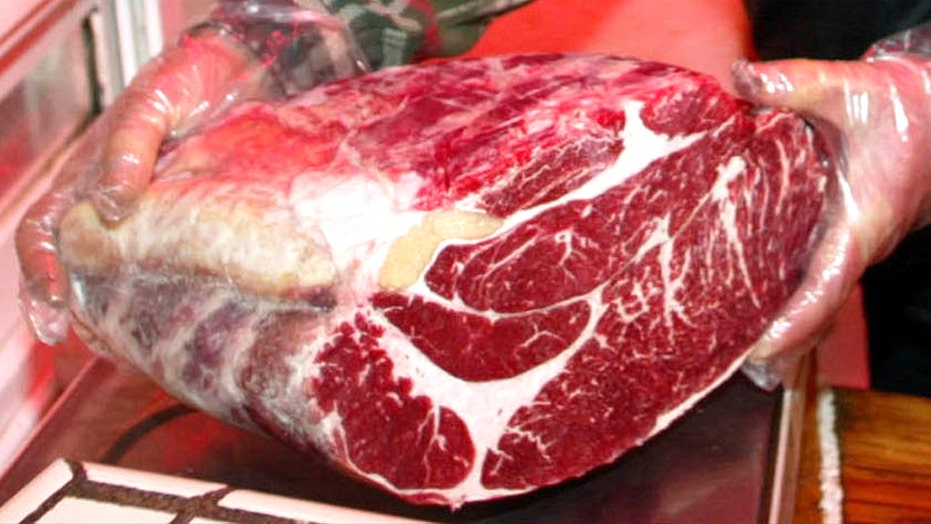 The group, The Physicians Committee for Responsible Medicine (PCRM), which advocates for a vegan, plant-based diet, filed the lawsuits against the Los Angeles and Poway, Calif. districts, alleging that the meat being served violates a state education code requirement that all food served in cafeterias must have the "greatest nutritional value possible" and be of the "highest quality.”

“When you look at all the science that’s coming out and pretty much universal consensus that processed meats are carcinogens, it makes it pretty clear that any school that’s serving processed meat is not meeting the state standard,” Mark Kennedy, vice president of legal affairs for the Physicians Committee said in an interview with the Daily News.

PCRM, the majority of whom are not doctors, is basing the suits on a 2015 finding, reviewed by the International Agency for Research on Cancer (IARC) of over 800 studies that found that processed meats like bacon, sausage and ham are “carcinogenic.”

The study made the determination based on what it called "sufficient evidence from epidemiological studies that eating processed meat causes colorectal cancer."

"A generation ago, America tackled tobacco. It took time and a lot of arm-twisting, but eventually cigarettes were banned from airports, restaurants, hospitals, and even the teachers' lounge in every school in the country," Dr. Neal Barnard, founder and president of PCRM said in an interview with Vice. "Today, the issue is food."

Barnard, who earned his M.D. from George Washington University, argues for a variety of policy changes including implementing plant-based diets and ending animal-based research.

"Scientifically, there is no argument. Everybody knows we shouldn’t be serving this stuff to children,” Barnard told the San Diego Union-Tribune.

The advocacy group also cited a 2009 study by the National Institutes of Health that looked at half-million people and discovered that processed meat increases the risk of dying from heart disease, and a study by the National Cancer Institute study, released in August, that stated children today are more than doubly at risk today for colon and rectal cancer than those growing up in the 1950s.

“I feel very strongly that it shouldn’t be given to the kids and it shouldn’t be in the schools,” Tracy Childs, one of the plaintiffs from San Diego County whose children have graduated told the Daily News.

“When people see this food being served [in schools], they assume that it’s healthy,"she added.

But the American Association of Meat Processors (AAMP) is giving the lawsuits plenty of pushback.

In a statement sent to the San Diego Union-Tribune, attributed to the group's executive director, Chris Young, the AAMP said:

“Processed meats make up a safe and nutritious part of a balanced diet and there is no scientific data to support removing them from school menus for being unhealthy.

"When it comes to prevention of cancer and other chronic diseases, it is impractical to segregate a single food as a cause of those issues. Many of the naturally occurring chemicals from healthy fruits and vegetables in our food could be classified as carcinogens. But that doesn’t mean schools should stop serving them since they do not present a health risk at normal levels of consumption. We stand by the nutrition benefits that meat, both fresh and processed, provide for growing children.”