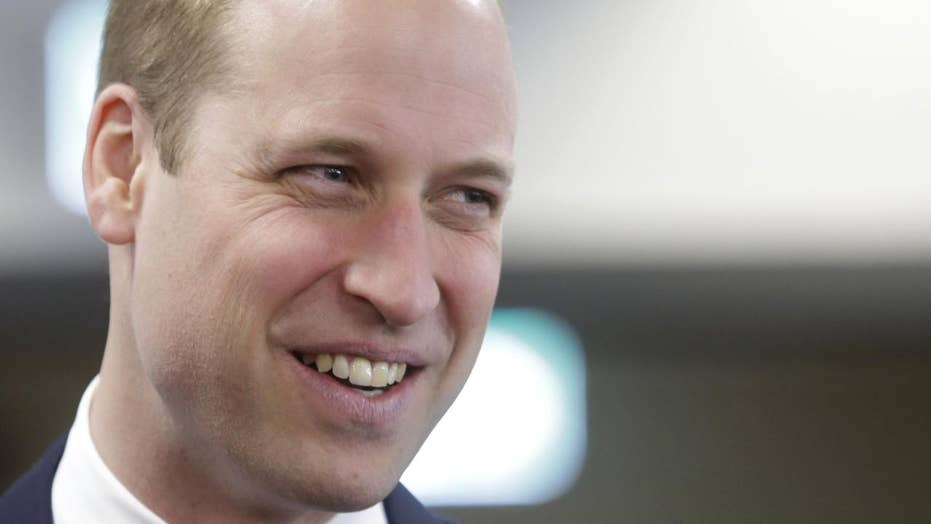 Prince William revealed this week that he has a love for a Mozambique-Portuguese inspired fast food chain called Nandos.

Life both personally and professionally is busier than ever for Prince William, making it no surprise that the second in line to the throne and soon-to-be father of three has a new favorite spot for a quick bite.

At an entrepreneurship forum on April 16, the 35-year-old royal admitted that he’s recently become a fan of Nando’s, an international Mozambique-Portuguese-inspired fast food chain, having been won over by its famous flame-grilled spicy peri-peri chicken.

WHOLE FOODS DISHWASHER PREPARES FOR NINTH EVEREST SUMMIT: ‘I CLIMB FOR ALL WOMEN’

“It’s very good,” the prince said of the dish to Nando’s founder Robert Brozin, who launched the chain in South Africa in 1987, at the event.

“This man here is your biggest fan, he’s introduced me to Nando’s,” Prince William further divulged, referring to his police protection officer. He joked that the protection officer is in fact so ardent about the company, “he should buy a stake in Nando’s.”

For his part, Brozin wasn’t fazed that the royal had eaten his food, as Nando’s boasts over 1,000 locations in nearly three dozen countries, USA Today reports.

The royal dad made the revelation at a recent event. (Reuters)

DOMINO'S WILL NOW DELIVER PIZZA TO BEACHES, PARKS, AND OTHER 'UNEXPECTED' SITES

“I’m not surprised he’s eaten at Nando’s,” Brozen said, elaborating that “the beauty of Prince Harry and Prince William is that they’re really accessible and they are guys that go out a lot – I’m very happy that they’ve tried it,” People reports. Brozin further stated that he was “certain they would have tried it because they’re so accessible they’re people’s people, which is so nice."

Prince William’s admission comes as no surprise, as he and wife Kate Middleton have revealed that their go-to takeout order is curry. William has also said that while he is not a natural cook, he does enjoy experimenting in the kitchen.