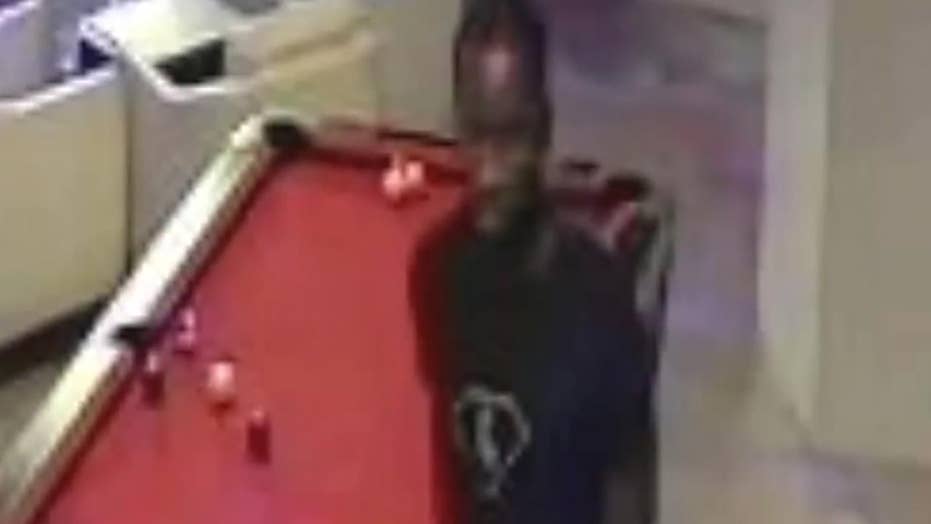 Unknown male captured on surveillance video knocking and punching victim to ground at His and Hers Restaurant &amp; Bar in Philadelphia, PA.

A man was punched by a stranger after a pick-up game of pool went awry.

According to investigators, the incident took place outside a Queen Village restaurant in Philadelphia on October 5.

The altercation allegedly began at the His & Hers Restaurant when two men were playing pool. As FOX29 reports, the men started arguing with each other, which escalated into physical violence.

Police confirmed to FOX29 that the aggressor was removed from the restaurant, but that he waited outside until the other man exited and punched him in the face.

WISCONSIN HUNTER CITED FOR ILLEGALLY SHOOTING ELK ACROSS THE STREET

"To lay in wait outside the bar and catch the victim coming out and cold-cock him basically it's not legal," Philadelphia Police Captain Sekou Kinebrew said to FOX29.

Police say they are looking for the unidentified man to pursue aggravated assault charges, a first degree felony.

The victim reportedly suffered facial injuries and is recovering.