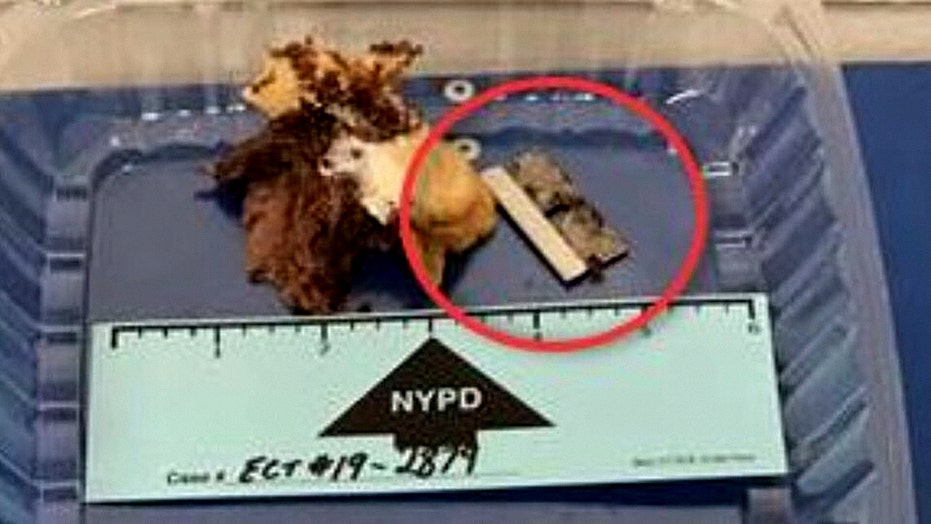 The New York Police Department is investigating a Queens deli after a police officer on duty claimed he suffered injuries after biting into a razor blade that was inside his sandwich.

An NYPD spokesperson told Fox News on Friday the unidentified plainclothes cop purchased the sandwich at Bon Appetit Specialty Food Store. After biting into the sandwich, the officer allegedly felt a “hard metal object” in his mouth and subsequently removed a razor blade.

The officer was taken to a local hospital and treated for unspecified injuries, the spokesperson said. No arrests have been made as of yet, as the NYPD is still investigating the incident.

A photo of the sandwich and razor blade was tweeted out by NYPD Commissioner Dermot Shea, who rebuked the incident as “abhorrent.”

“To repeat: The NYPD has ZERO tolerance for acts of violence against our police officers,” Shea tweeted. “He’ll be OK, but a full investigation into this abhorrent act is underway.”

The razor blade incident prompted a flurry of negative comments about the eatery online.

“If you like razor blades in your sandwich, this is your spot! Disgusting,” someone posted on the deli’s apparent Facebook page.

Another person commented on the store’s Google page, writing “Would give zero if i could. They put razor blades in your food!! Good luck eating here!"

Bon Appetit offered its “deepest apologies” to the officer involved in what it described as an “unfortunate incident.”

"In our experience, the NYPD officers of the 100th and 101st precincts have been an [exemplary] example of professionalism and service to not only our business but to our local community in the Rockaways, Queens, and New York City at large," the statement said, according to WNBC-TV of New York City.

"If given the opportunity, the management of Bon Appetit would like to personally apologize to the officer and the rest of the local law enforcement community."

The eatery said it takes pride in its food and customer service and vowed to cooperate with authorities.