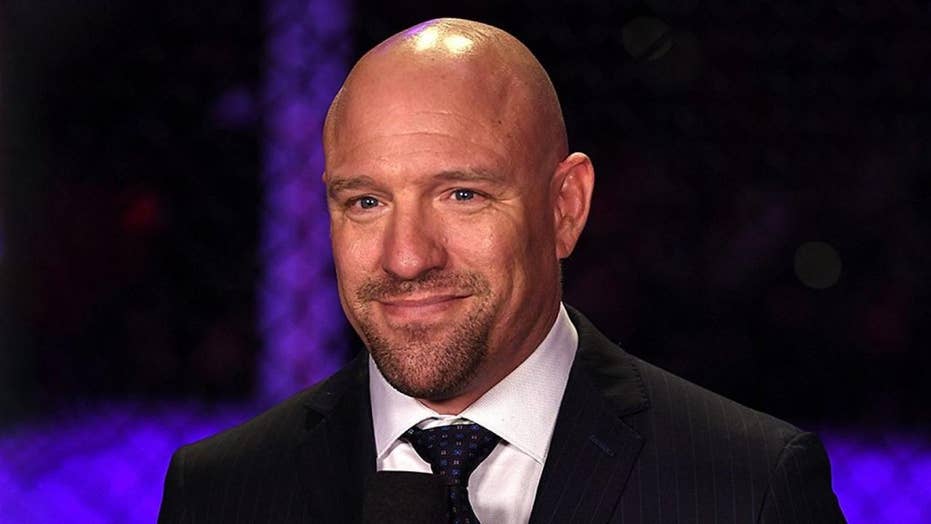 MMA announcer Jimmy Smith said he found a 'brick of staples' when he took a bite of his Chipotle steak burrito and took to Twitter to complain.

MMA announcer Jimmy Smith said he got a side of office supplies when he bit into his Chipotle burrito earlier this week.

Smith – who worked as a commentator for UFC, Bellator, and Premier Boxing Champions – claimed he ordered food on Tuesday from a Chipotle location in Delray Beach, Fla., and realized after a bite of his steak burrito that it contained full-sized staples.

“Look what I just pulled out of my @ChipotleTweets burrito!! 9 FULL-SIZED STAPLES!!!!! Are you kidding me!?! Had to yank one out of my teeth!! Didn’t even search the rest of the burrito but I’m sure not eating it,” Smith tweeted along with a photo of the staples he said he found inside the burrito.

Smith tweeted another photo saying he found more than a dozen staples “in a single bite” of his burrito.

The MMA announcer further explained the ordeal to TMZ Sports on Wednesday, saying he called the store’s manager and “freaked out” after finding a “brick of staples” in a single bite of his burrito.

“One was a burrito for me, I brought it home, took one bite, I want to make that very clear, I took one bite. And there was something hard in there and I pulled it out of my tooth and it was 14 staples I pulled out,” Smith recalled to TMZ.

“You know a brick of staples like that, and it split up in my mouth. So I pulled it out and I looked at it and went, ‘these are actual staples in the burrito,’” he added.

Smith said he’s surprised he didn’t swallow any of the staples because he eats “like a wild animal.” Although he could have suffered major health issues, Smith said he doesn’t plan to take legal action again the fast-food chain.

“I’ve been through way worse than biting into a staple in my life,” he told TMZ.

A Chipotle spokeswoman said in a statement to Fox News that company reps have reached out to Smith to address the issue.

“At Chipotle we take all claims seriously and nothing is more important to us than the health and safety of our customers and employees. We have been in touch with the customer directly and we are reviewing our procedures to ensure this does not happen again,” the statement read.