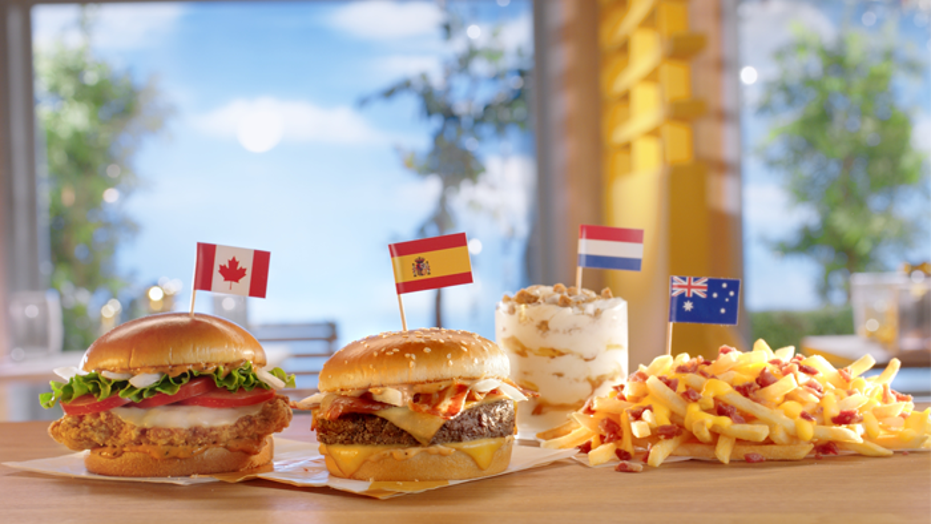 Forget fries — anyone up for a McDonald’s Stroopwafel?

America’s fast-food giant will soon spice up its usual menu with some international flavors. Starting June 5, participating U.S. branches will be offering a taste of the Netherlands and Spain, respectively, with the likes of Stroopwafel McFlurrys and Grand McExtreme Bacon Burgers.

The available items will include, from left to right, will be the Tomato Mozzarella Chicken Sandwich (Canada), the Grand McExtreme Bacon Burger (Spain), the Stroopwafel McFlurry (The Netherlands), and the Cheesy Bacon Fries (Australia), the latter of which had already made it to U.S. menus earlier this year. (McDonald's)

Cycling through America’s golden arches will be the Tomato Mozzarella Chicken Sandwiches, a Canadian special, and the cheesy bacon fries reportedly beloved by Australians.

Those global faves have been available in Chicago since last year, at McDonald’s global headquarters in the city’s West Loop neighborhood. But they’ll be a first in 47 other states (Alaska and Hawaii have yet to join the party).

Not yet available in the U.S. are McAloo Tikkis, served at the McDonald’s in India; the Deluxe Potatoes from France and the Halloumi muffins from Arabia.