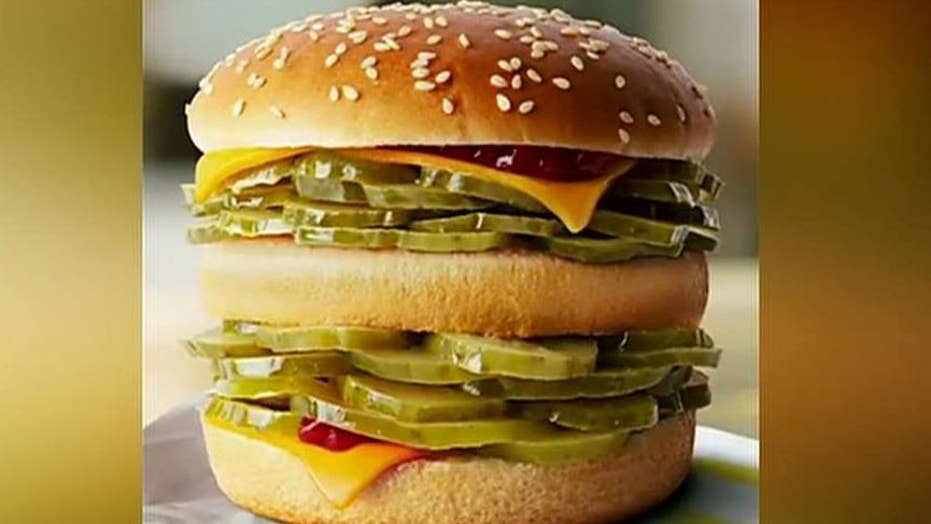 To at least one McDonald's customer, the "McPickle Burger" that was revealed on April Fools' Day as a hoax menu item was no joke.

Like many McDonald's patrons this week, Tabitha Brandjes was disappointed that the "pickle lovers" branded burger was fake. The fast-food giant claimed on social media Monday that it was adding the McPickle to its menu in Australia, sharing a video of a juicy, two-layered burger stuffed with pickles, cheese and ketchup.

Though McDonald's eventually admitted it was just a prank — angering some eager customers in the process, Brandjes decided she was going to test it out anyway.

In a text thread with her children, which she shared on Facebook Monday evening, one of Brandjes' kids asked to go to McDonald's after school and order it.

"It shall be mine," one child wrote.

Brandjes posted a video, which has since been viewed by more than 500 people, of their daring adventure online with the caption: "Mcpickle... was an April fools joke... turned reality."

The video shows Brandjes pulling up to a McDonald's drive-thru ordering a cheeseburger with no burger and 25 pickles.

"On the side or on the sandwich?" the McDonald's employee then asked.

"So basically, just the cheese and the pickles," Brandjes replied.

She then fast-forwards to the moment she unwraps the burger in her kitchen, determining whether or not she truly got a Mcpickle.

"Oh mom, it's so beautiful!" one of her children responds as she prepares to take the first bite.

"I guess this April Fools' joke turned into you winning," said Brandjes, though it appears the burger is missing a bun in-between the layers of pickles.

"Bring me one, please," another user requested.

McDonald’s Australia said in a statement to news.com.au that they were glad Australian customers enjoyed the joke, but wouldn’t say if they would include the McPickle on the menu in the future.

“We know there’s a lot of love out there for our famous pickles, and the McPickle Burger has certainly got people talking about them. We’re glad Australians have enjoyed our April Fools’ joke!” McDonald’s said.