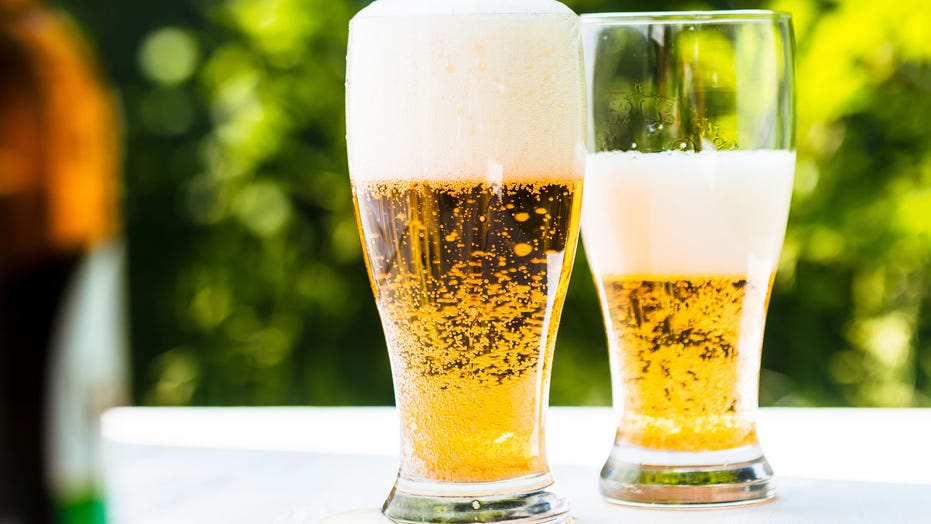 The tooth fairy may not be real, but thankfully there’s a beer fairy.

A woman in Ohio was recently surprised to find a couple of mysterious care packages appearing on her doorstep. When she checked her doorbell camera to find out who dropped off the gifts, she probably wasn’t expecting to see what the cameras had captured:

Brooke Baxter, from Tallmadge, recorded two videos off the mysterious care packages being dropped off at her house, and later shared them on her Facebook page. Normally, it would be disconcerting to see someone dressed as a pig had visited your house in the middle of the night, but at least this mysterious person came bearing gifts.

The second video shows someone wearing an oversized T-rex outfit (a get-up which has become increasingly popular over the last few years) dropping off a similar package.

SALES UP FOR CHEAP BEER DURING QUARANTINE, DATA SHOWS

Baxter also shared photos of the packages' contents, which apparently contained candy, snacks and toys and games for kids. The mysterious benefactors also included cans and bottles of beer and wine. (It appears that the beer fairy is little more generous than your average tooth fairy.)

According to Baxter's Facebook post, the mystery duo left a note along with the care packages: “The Beer Fairy was here! Stay healthy and enjoy a few beverages from us! Cheers!”

“Thank you to my beer fairies that came last week," Baxter later wrote on Facebook ."I’m a little late posting and I still have no idea who one is.”

Since posting the footage, Baxter spoke with Fox News and confirmed that she has since learned the identity of both of the beer fairies. She explained that the practice is something that's been "going around" her town.

She explained that if you get a visit from the beer fairy, then you're supposed to "pay it forward." Since she got a visit, she confirmed that she has made three deliveries herself, although she wasn't sure if any of her targets had figured out that she was their beer fairy.